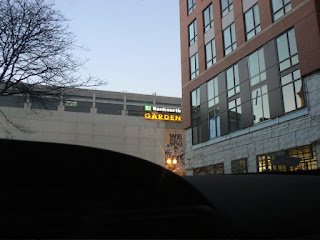 I didn't expect to get a metered spot around the Garden, but I gave it a shot anyway...and scored one right off Causeway Street, steps from the building. Kim met me there, coming straight from work, so she had to pay 25 bucks for a lot, unfortunately. The street I was on had a one way sign, cars parked on the left, and a double yellow line. Classic Boston. I had to wait in my car for a little while before paying the meter, and I watched two separate cars come up the road the wrong way, like they did it every day. They should call that road "Subjective Street." 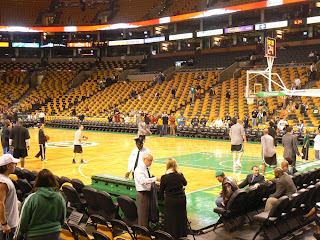 I was happy to see Rondo out there before the game. Usually the starters aren't out there. You can also see announcer Mike Gorman in this shot. 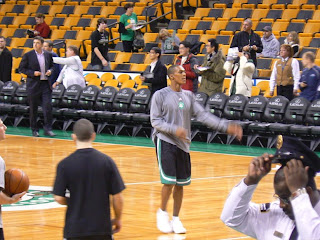 Of the fifty shots I took of Rondo, this was one of, like, three, that ended up being in focus. Something about that Garden lighting, man. Damn indoor sports. But I did play with some different settings and got some better action shots at this game. 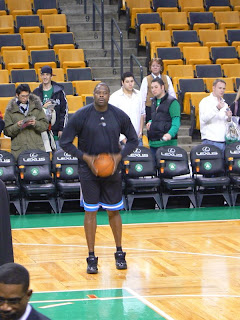 Patrick Ewing is a coach for the Orlando Magic. Never thought I'd be seeing that guy. 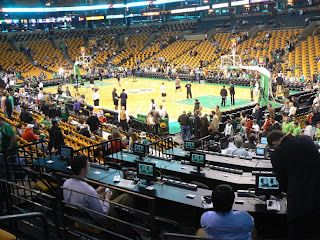 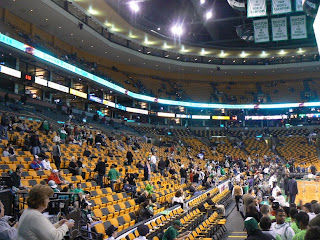 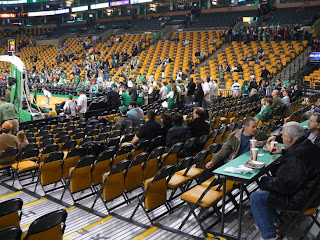 Never saw these green tables before. 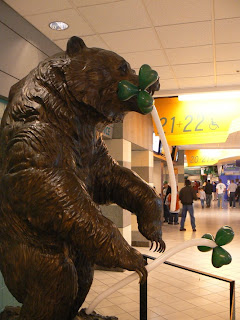 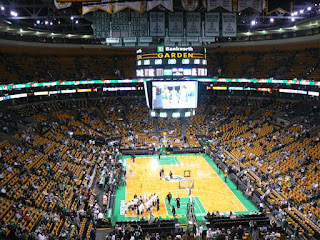 Our seats were in row four of the upper deck. 10 dollars each. There were a bunch of empty seats at this game. 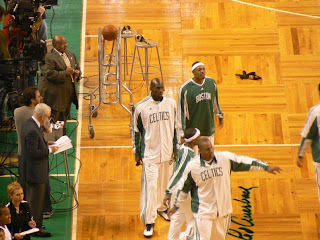 Garnett and Pierce in pre-game. 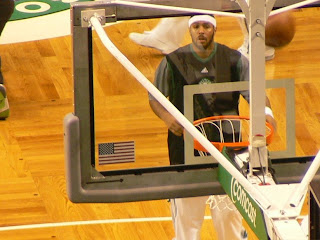 Eddie House, as seen through the backboard. 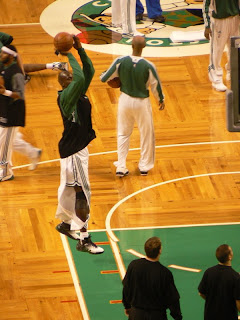 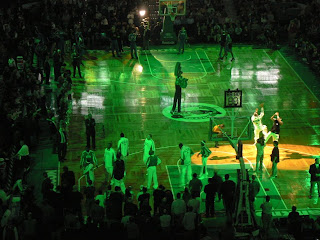 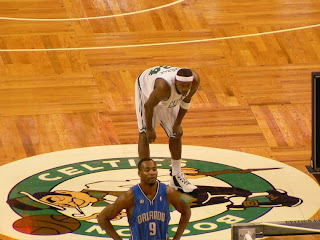 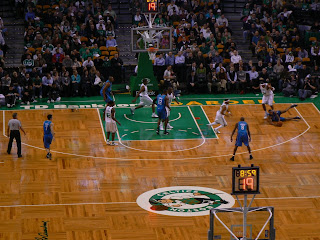 Magician down (at right). 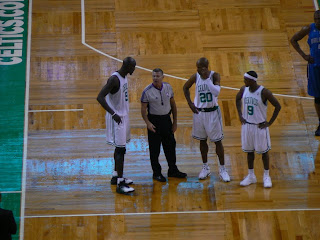 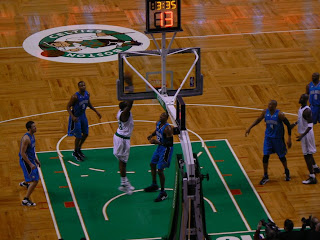 Perk with the slam. The Celts kicked some Magic butt. 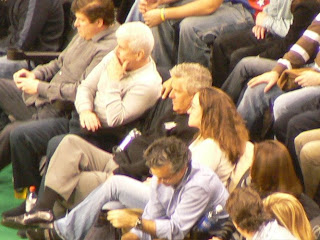