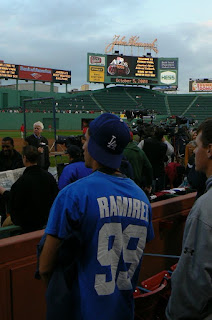 Sox BP was just ending as we walked in, so not a lot of hometown players. But my mom was psyched to see Dice and Oki trot past us under the stands, taking the shortcut from field to secret door to clubhouse. Above, a Manny fan. Nice. 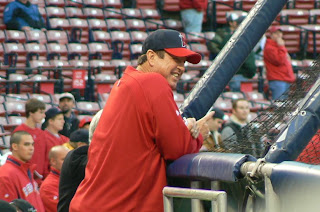 Mickey Hatcher, who played in "my" day. 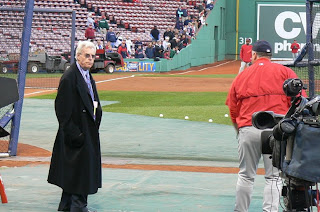 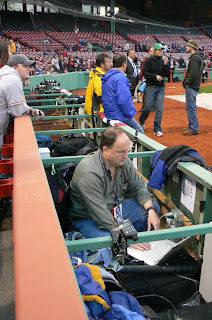 The extra media row. Only in baseball could areas in play be altered by the need for more photographers.

ALDS logo on the field. 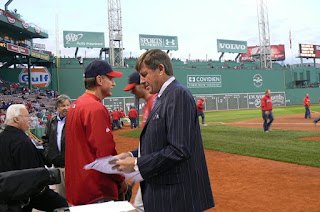 Sager was a little more subdued, outfit-wise, for game three. You'll notice we're in the super-private section. That's because we had to have a little chat with Kapstein, shown in the background. 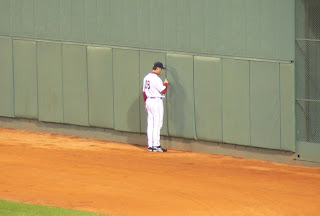 Usually I get the shot of Beckett holding up the wall. Right before that, he seems to bless the wall. Didn't work on this night. 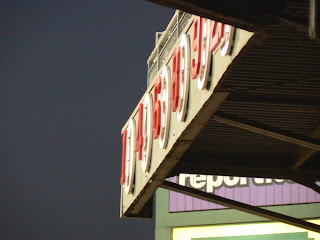 Mom and I were in section 4. Here are the retired numbers from there. I noticed before the game that Pesky's 6 has been added to the numbers outside. Forgot to get a pic of that. 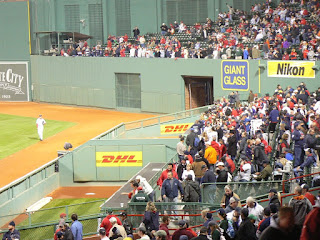 They were lined up three deep to watch Beckett warm up. 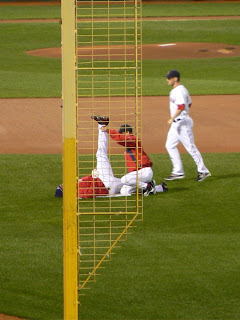 Papi's leg parallel to the pole. 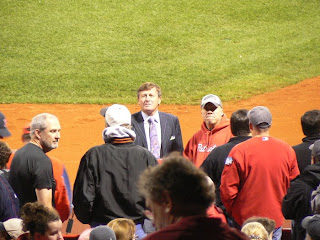 Sager now out in right field. 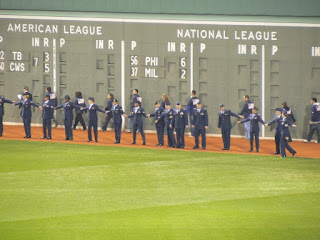 Did you know military types spread their arms out so they can all be evenly spaced out when they stand in a line? 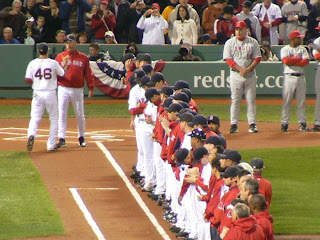 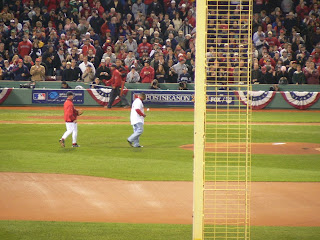 Jim Rice threw out the first ball. As you can see, we did have the foul pole between us and the mound. But that's a lot better than the other kind of pole. 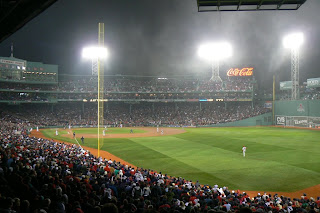 Okay, this is it for the gallery--toward the very end, the fog started rolling in. And you know how the game turned out. Gotta end it tonight.