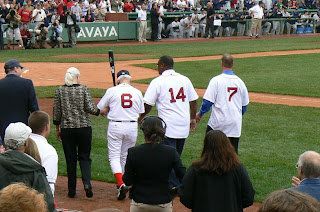 The first-ever entry in this blog, almost five years ago, was a welcome message, and the line: Testing, testing...1...4...8...9...27... On Sunday, I was proud to be there when a new number was added to that list. Here, Johnny Pesky emerges from the dugout with Jim Rice and Rick Burleson. 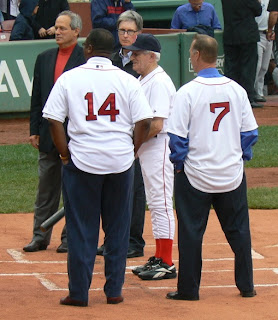 Johnny in the batter's box, with his bat. Remember from part one that I didn't know where he'd be standing. I figured I'd start by the dugout and take it from there. 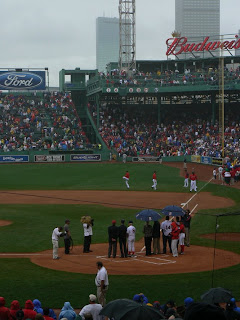 When I saw they'd be set up at home plate, I headed to the third base side, for possible shots of Pesky in the foreground, and the pole and his newly retired number in the back. But then it started raining. Being sick, I tried to avoid standing in it, so I took shots from as close to the field as I could be while still being covered. The temps were tropical, though, due to the remnants of the hurricane that were upon us all weekend. 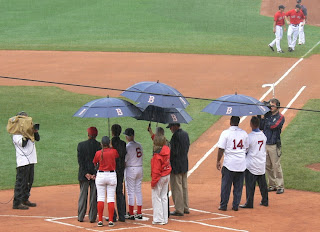 It started raining harder, and more umbrellas were summoned as Johnny watched a presentation about himself on the 32-year old message board, which will be replaced after the 2011 season, I believe. 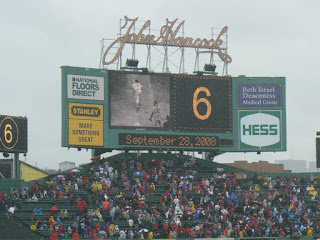 The boards honoring Pesky. They played messages from people, including Nomar, who rightfully got a big cheer. 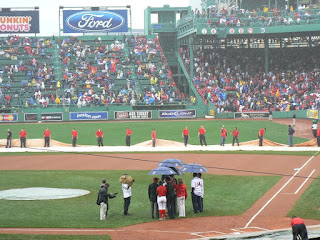 Eventually, Pesky and his little entourage had to move off the dirt do they could cover the home plate area. And now you can see the grounds crew getting ready to cover the whole infield again. 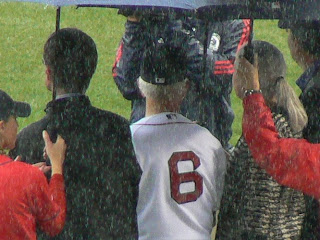 Pouring rain. And Johnny's number 6 on his back. 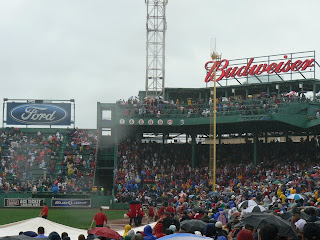 Finally, the moment of truth. Seeing them all move to the fence by the on-deck area, I knew where I had to go if I wanted to see anything, let alone get any pictures. Carl Beane announced that Carlton Fisk was up there, and would reveal the number. He did it so fast I couldn't get the "half-covered" shot, but if you look closely, you can see above the 6, Fisk holding the covering. 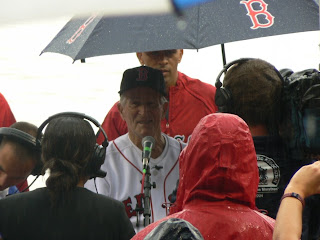 Umbrellas were up all around, but I managed to get some good shots through them, and through the rain. 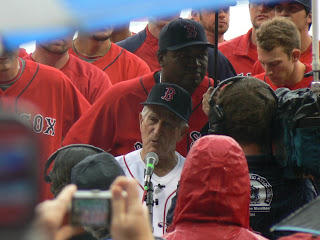 I was so focused on Papi, right behind Johnny, I didn't realize for a few seconds that the whole Red Sox team had come out and surrounded him. 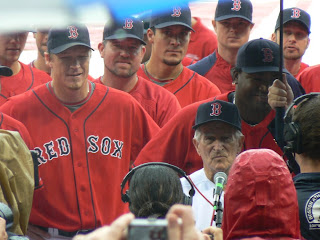 And here they are. No captions necessary for the next few shots: 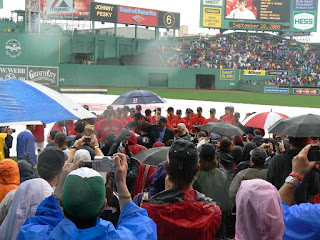 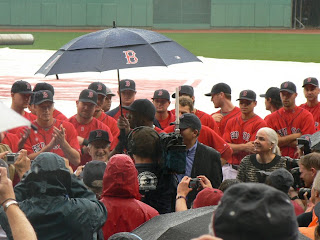 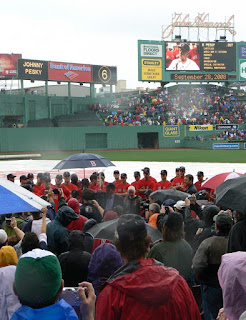 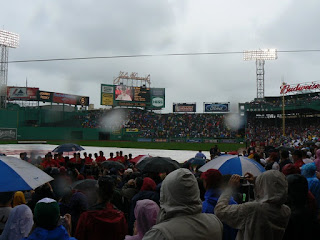 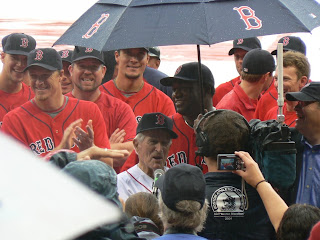 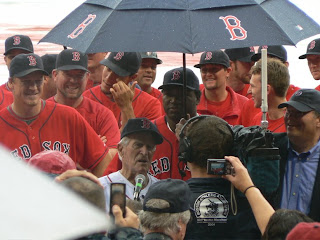 Pesky started to mention today's players, but then said he couldn't remember the names, which cracked himself and everyone else up. Then he said he's so old he can't remember his own name either. 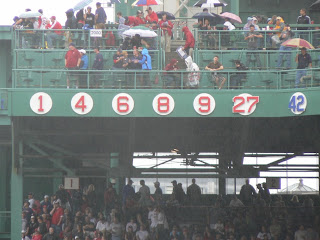 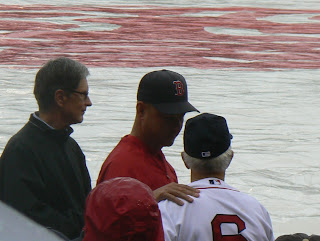 A bunch of guys hugged Johnny, including Terry Francona. 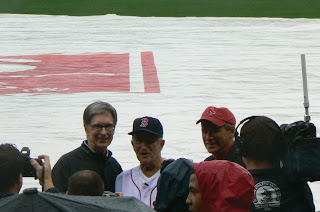 Pesky with Henry and Lucchino. 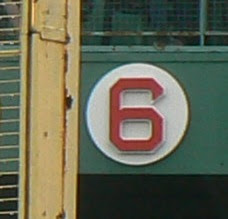 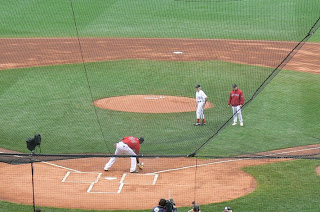 I totally wasn't thinking about the game, after seeing the ceremony. Then I realized, Oh yeah, they covered the field, this game isn't starting on time. During the delay, I walked around, and started to think maybe there'd only be one game on this day, the other lost forever. But the rain stopped, and they brought out Pesky again to throw out the first ball. 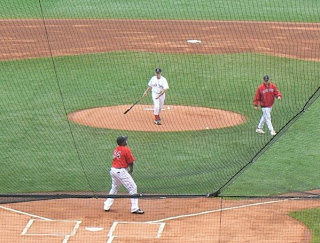 In the shot above this one, you'll see Papi--Johnny's catcher--picking up a ball. That's because Pesky fooled him, rolling him one ball, but then continuing out to the mound with his bat, took out another ball, and tried to hit it to Papi. Here, he barely makes contact, and the ball goes straight down, to Papi's amusement.

On the second attempt, he grounded one which David fielded, before hugging Pesky. Oh, and at this point, I'm in the standing room at the back of the grandstand, ready to monitor the crowd to see if I could score a good seat. 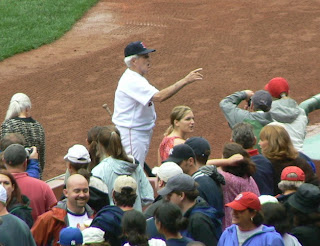 Johnny goes back to the dugout, as game one is about to start.

Stay tuned for part three and four. Part one here.