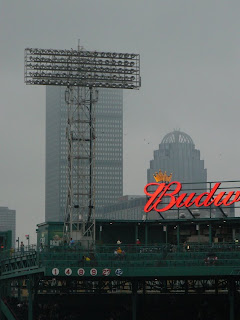 Top of Pru chopped off! I got to the park Friday night, and batting practice was going on. Got to see a few Sox hitters from the Monster Seats. Any ball hit up there was probably gonna be mine. Papi hit one just shy of the seats, right to me, a few feet down the wall. Then the rain came, and they covered the field. Some Blue Jays stayed out there and warmed up. We waited and waited. Everyone was there, and at some point after 8, all the seats were filled, and the rain had stopped. But they didn't remove the tarp, the rain came back, and that was it. No game. Will be made up September 13th. More pics: 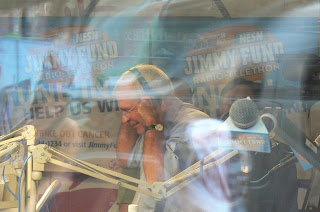 Castiglione in the EEI booth before I went in. This was the day of the big Jimmy Fund telethon. 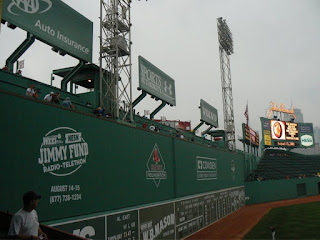 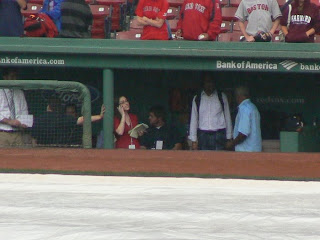 Amalie in the dugout with tarp on field. 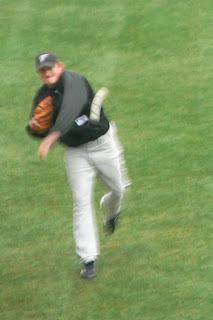 BJ Ryan with the screwiest of screwballs. 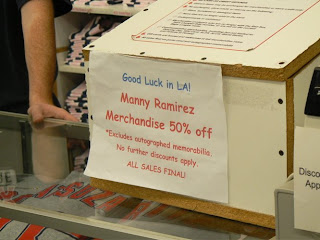 Nice to see this genuine "good luck" sign over at the Souvenir Store, instead of the more dickish behavior we've seen elsewhere. 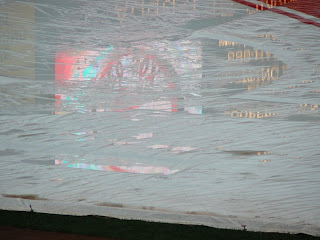 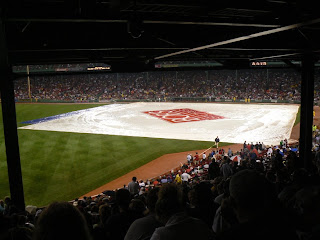 A huge crowd for a game that wouldn't end up ever starting. 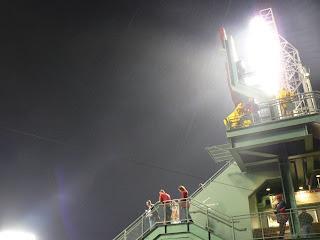