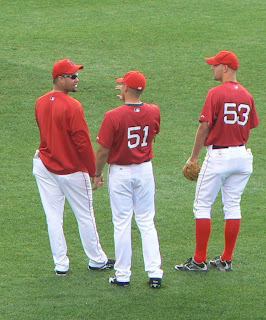 Manny D, Aardsma, and in the middle...Charlie Zink, though I didn't know it when I took this pic, shortly after arriving at Fenway on Tuesday. 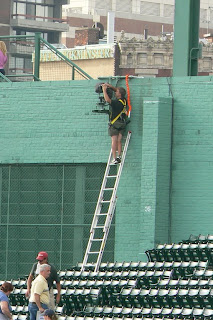 Couldn't help but notice this guy working on the robot centerfield camera. It's hardly been used at all this series, so I'm hoping the guy broke it. I actually guessed they were making it rotate-able when I saw this guy up there. 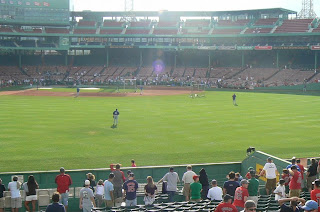 Texas' batting practice. See the kid in the white shirt at right? He made a great leaping catch of a BP dong. I was twenty rows up, trying to snag a dong that sails over those people at the fence. I figured Josh Hamilton would give me many chances. Turns out, he hardly gave anybody any. 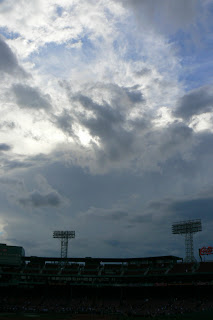 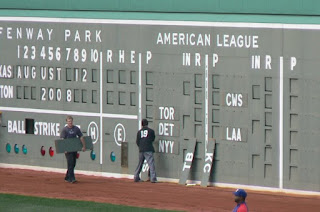 The scoreboard dudes, just now getting the out of town games up, as it was the first game of the homestand. 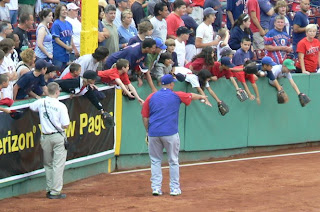 This Ranger player was really having fun with the crowd. 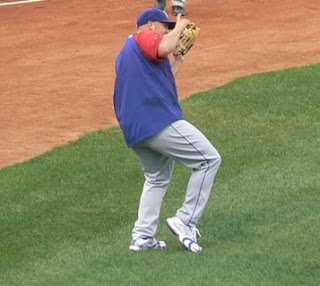 He came back from the corner to tell his buddy that somebody was trying to take his picture. At the end of BP, he'd end up posing for the person and signing some autographs. 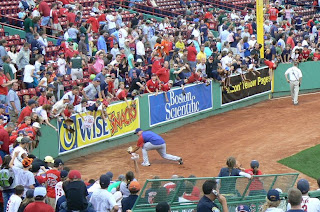 Only now, after Thursday's game, in which we completed the sweep, did I check the Rangers' roster to figure out who he was. Turns out it was tonight's loser, Tommy Hunter. 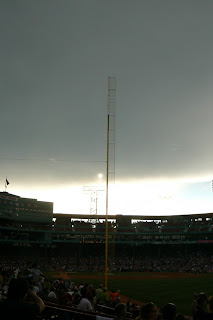 The sun visible through the bottom of this blanket of a gray cloud. And finally, Zink takes the field, stretches, and throws his very long bullpen session. Not too many more captions from here on out--but I will note that the scoreboard people put up a "77" next to "Boston." So I'm standing there taking #51's pitcher half-wondering if I had the wrong guy at first. Finally, right before or maybe during the first inning, they fixed the scoreboard. 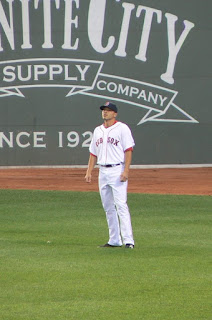 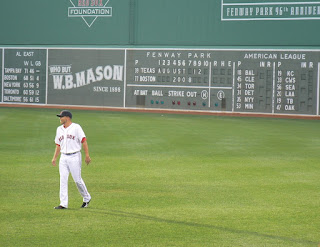 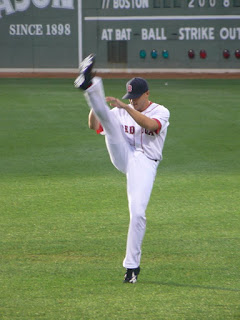 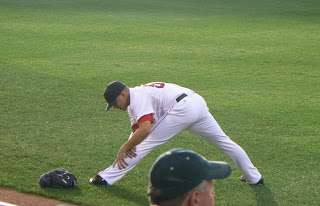 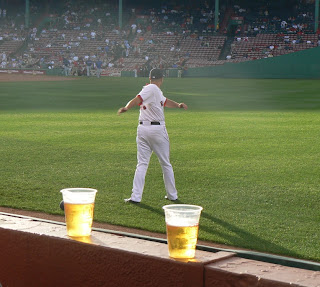 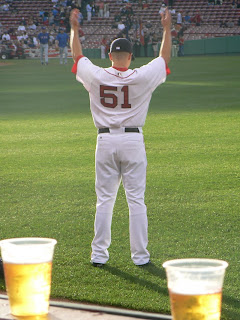 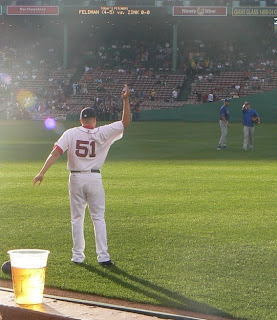 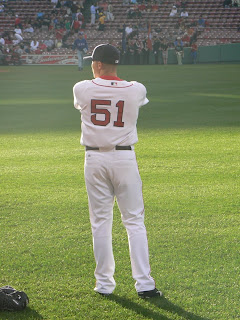 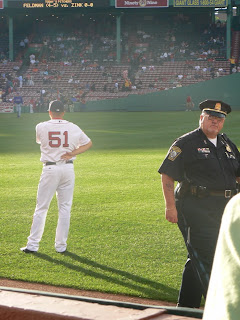 The bullpen cop has a tattoo with a little devil with a pitchfork with something about "hell" written below it. 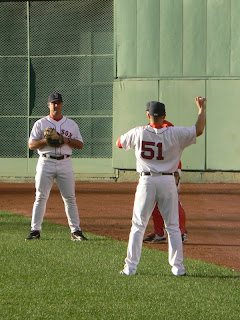 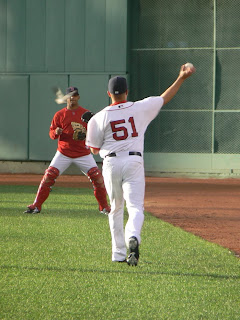 Look at that bird! 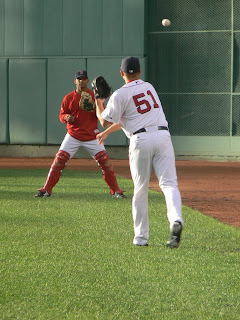 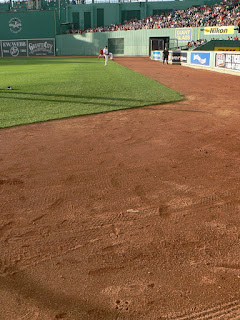 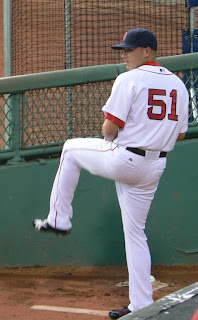 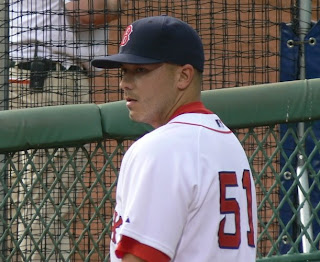 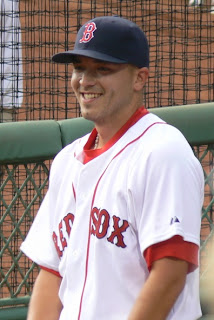 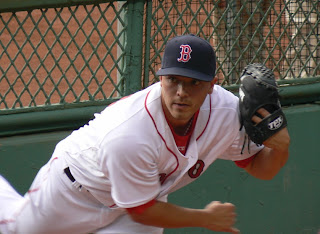 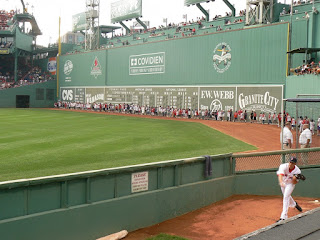 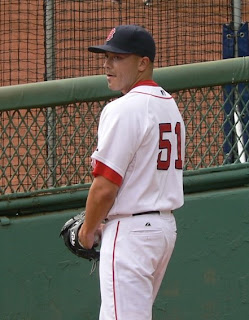 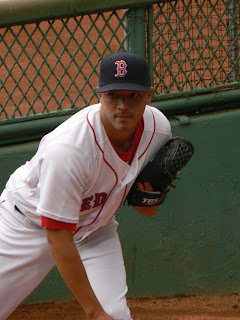 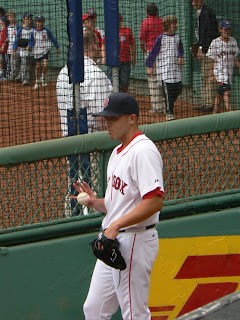 There you have it. Then the game started. My pics of that can be found here. (Charlie was sent back down after the game....)

Comments:
love the shots with the cups of beer. :)

It's funny how that worked out. They just happened to be right in that spot between him and I, and they looked cool with the sun shining...

zink should've had a couple of those beers, maybe he would have last 5!

You always take such awesome pics :)