Update: Fully covered. Turned a little pinkish. It's been completely covered for almost half an hour. This may be the last of the pics, since the emerging looks just like the hiding. Except with the shadow on the other side. Hope you all had a good Two2008. Cobain 41. Weird. 11:47 and I still haven't heard about the Monster tix. I'd guess I'm out. 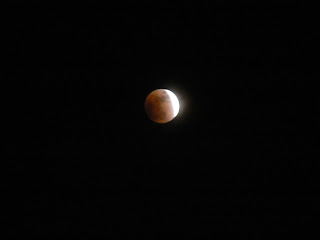 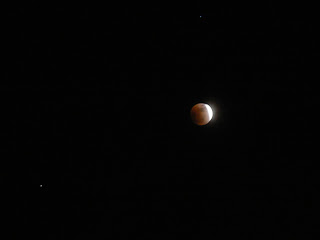 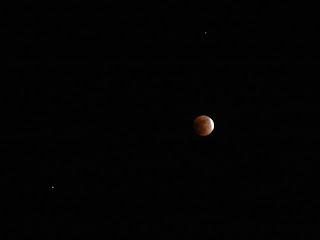 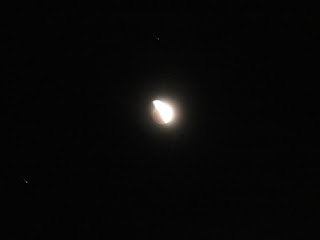 Don't know what the hell the camera did here, but it turned out cool. 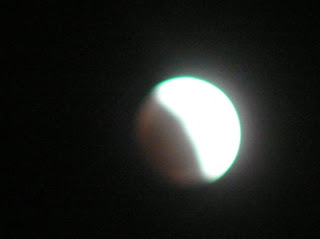 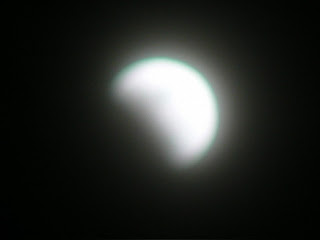 A quarter covered. This is the best I'm gonna do--I never claimed to be a professional photographer...

Should go "full" at 10 PM. I'll update with more photos as the eclipse goes on.

Comments:
As you can tell, it was easier to shoot once the brightness had gone away. So.....