The Calm Before The Thing 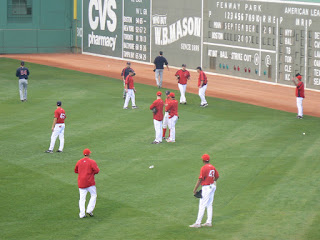 Friday night. After this game, the Red Sox would celebrate with us. Here are Hansack and a bunch of other Sox and Twins before the game. 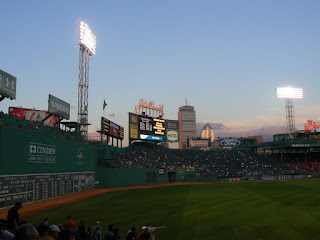 I took one walk around the park before the game, not worrying too much about pictures, as I knew I'd need to save them, and my battery, for the celebration, if there was to be one. So here's my one shot from over on that side. I liked the way the sun was reflecting of that R2-D2 building, with the purple clouds behind it. This was another totally comfortable, late-September night. 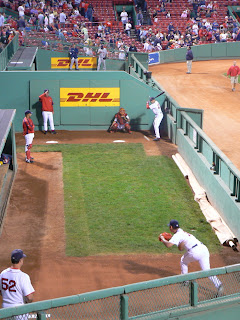 Back in the area of my seat, I sat with Joanna for a little while in her posh front row spot and we took pictures of Lugo acting as hitter for Dice's warm-ups. 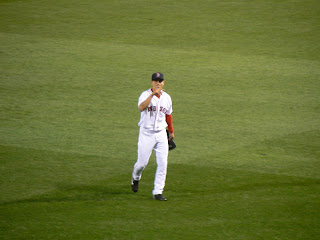 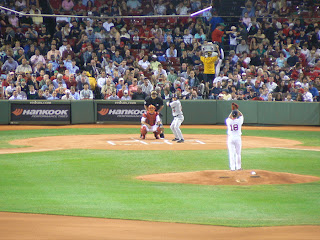 Dice on the mound. This was a pretty cool angle. I did have to listen to Mario and his buddy have a game-long conversation with the Twins fan from Minnesota behind me. But at least it was an interesting one. You know, the Twins fans really represented in this series. I was there for three of the four games, and between Twins fans and "Sox fans who also seem to like the Twins and wear their apparel to Fenway when the team's in town," I'd say they're one of the more popular teams. Some visiting teams get almost zero representation. But the California teams and, of course, the other northeast teams, and the Braves will sneak some folks in. 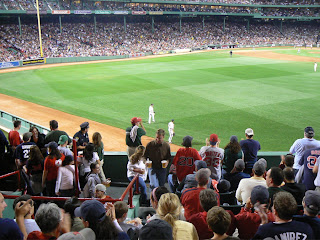 Jacoby and/or Drew had just made a nice play near the triangle. 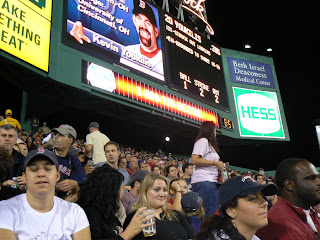 The moon in that slot below the scoreboard. 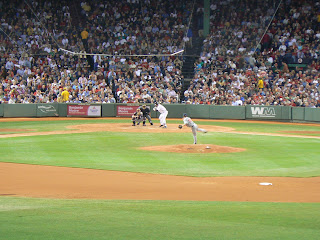 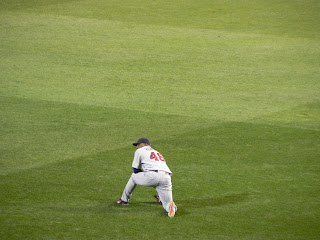 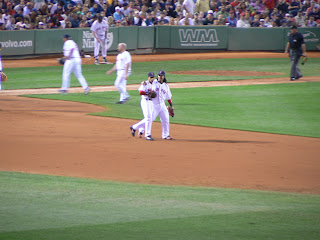 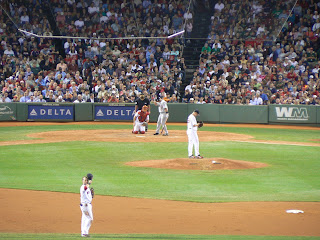 Papelbon is in for the save, and Dustin's looking at me. We'd get the win, and then it was on to watching the O's/Yanks on the board, followed by the mega-bration. My story continues here, if you missed it.

One last gallery to catch up on--the regular-season finale, with the Sox in their red jerseys. Look for that soon.