Click each pic, etc. Got a rare free parking spot, so the total cost of this experience was 20 bucks. 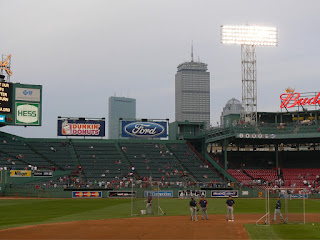 Hazy, hot, and Henry. The haze made watching BP from right field a lot easier, as the sun was blocked out. 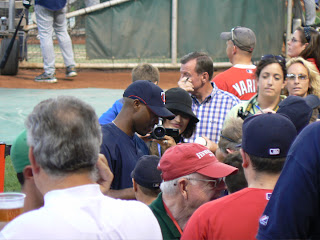 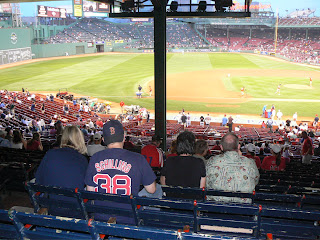 I actually thought to pturn my flash on so you can actually see what the grandstand seats look like, even though it was getting dark at this point. At one point during the game, the light above our section went out. It's dark enough up there even with the light, so we were in near blackness. It was awesome. Of course, they put that light bulb in in 1942--I'm surprised it lasted that long. 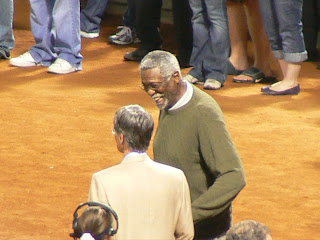 John Henry is tall until you put him next to Bill Russell. 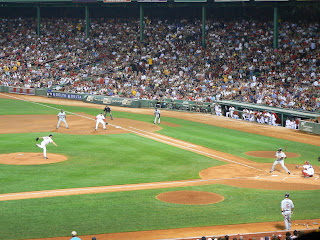 Beckett pitching like a man who already has 20 wins.... 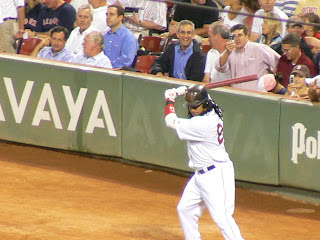 Manny on deck, with Tom Werner in his box. 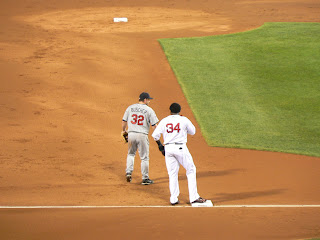 A helmetless Papi at third base. 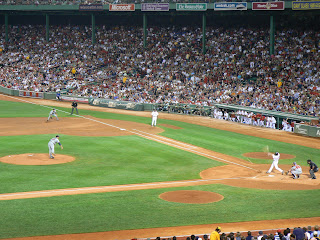 Drew hits one into the ground. 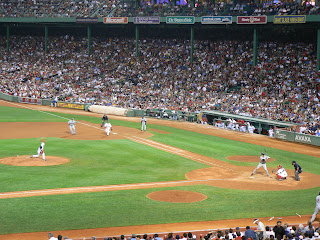 Okajima was back, and his head was blurry as ever. 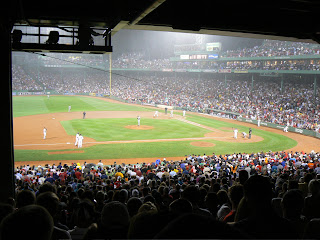 Then it started to rain. 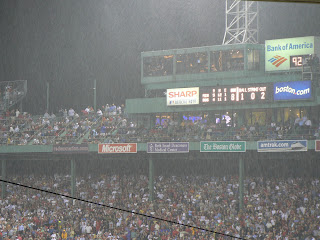 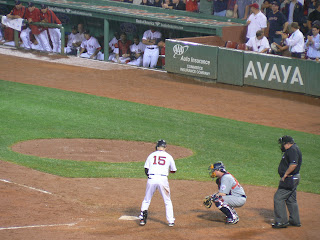 And this is one of my favorite shots of the year. Hope it is yours, too. I'll be there again tonight, hoping to see a clinch.

Comments:
Great pics! All year long, actually. I like the one's that you scribble your notes and diagrams on the best.

Much appreciated, fellow fan of the AL East champs!