Catching Up On Pix

A mix of un-related pictures to take your mind off Friday night's shitty loss. Click to enlarge: 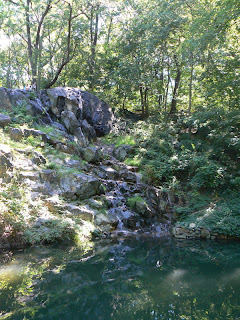 Remember a few weeks ago I said I went to that area in Central Park that had been closed to people since the 1930s? This is a pic of the waterfall in that area. (The top of the waterfall is within that area, the place I'm standing you can go to any time.) The secret is, the water comes from a hose. But it looks cool from down here. 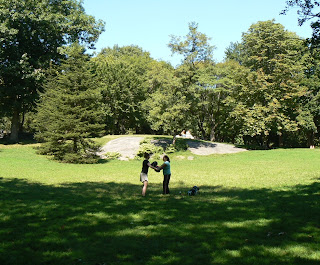 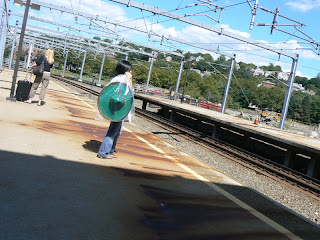 At the Providence train station a few weeks ago. I had to sneak the pic, so I lucked out that she turned the sombrero right toward me. A side angle of it wouldn't have looked nearly as cool. 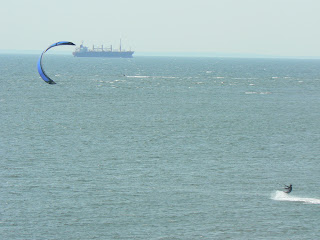 On Long Island Sound, a dude does whatever this is called. I really like this one. Do not steal. Para-sailing? Kite-surfing? 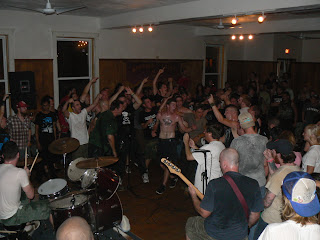 The Pist playing at one of their reunion shows in Cambridge last Saturday. They were awesome again, rocking the crap out of us. I'm so happy I ended up getting to see this band three times in my life. 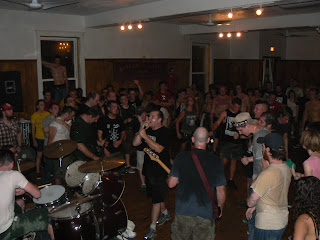 It was so incredibly hot in that room, I don't know how they were able to finish even one song without passing out. 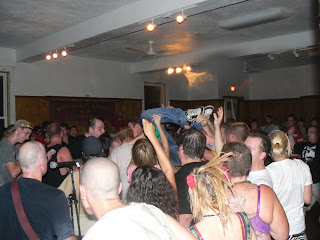 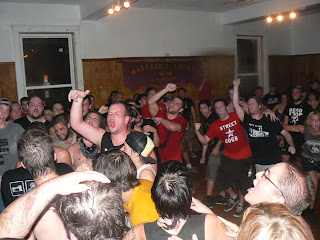 This shot is for Matty. The Street Dogs shirt guy arm-in-arm with the Dirty Water shirt guy. Al, the singer, is barely visible at far left. (Black shirt.) (Shoulder only.) 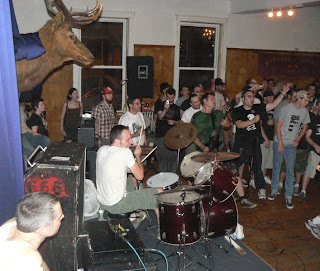 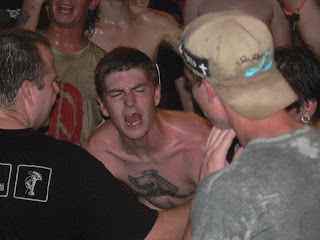 Is Al Jack Ruby to this guy's Lee Harvey Oswald? No, the dude's just screaming along. 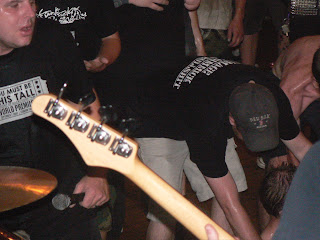 I like this one, too, and not because there's a Sox hat in it. It's got Al with mic, Brian's cymbal, and Rick's bass, plus a guy picking someone up off the floor, and you can see by the sweat just how hot it was in there. 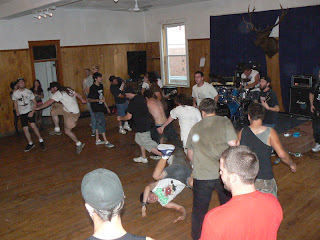 One of the opening bands was Disaster Strikes. My old band The Pac-Men used to trade shows with them. We'd play with them up in Franklin, Mass. They'd play with us in Newtown, CT. And both home audiences took to the visiting band. We had a lot of fun. Jeff, their singer, has kept the band going, and they're on the Alternative Tentacles label now. They don't mess around, and Jeff takes what he does seriously. He's always been pissed about a lot of stuff (Wal-Mart, Bush, all that shitty shit) and isn't afraid to shout it out. A working-class band that's always fun to see. At this show, Jeff made a great speech about how much the Pist influenced them, saying things like, "for every band that thinks punk rock is a way to make money and get famous, thank goodness there's The Pist." Preach on, brother Beavis.

And now to the obligatory cat-owner cat shots. 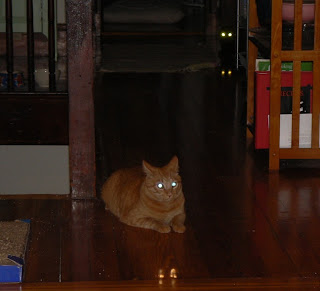 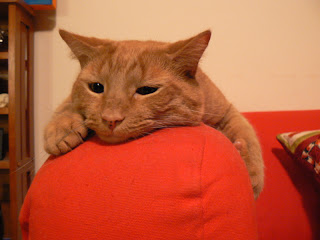 How can you say no to a face like that? (Unless he's asking if he can eat a plastic bag, jump into the fridge, etc.) 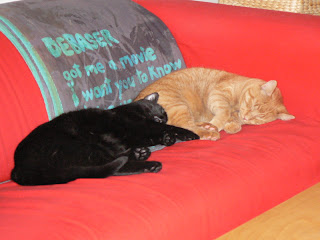 It's cool when cats use each other as a pillow. Our friend Kara made the awesome quilt. Best quilt ever. 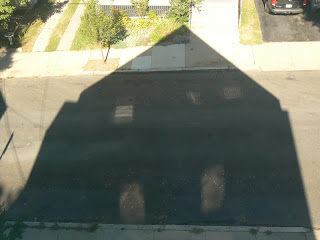 Dear Mother Nature, you seriously effed up. You're not supposed to put windows in the shadow. Terrible job.

Comments:
Having pets is a nice pick-me-up. I actually laughed through my tears at mine chasing a milk ring around today.

I have that Street Dogs shirt...surprise, huh?!

I never thought I'd see a quilt with Pixies lyrics on it.

I love the "crazy-eyed killaz" pic! It is just two sets of eyes and reflections of those eyes, right? Also, one of my cats loves eating plastic bags, too. What's up with that?

bsb: You mean the ring you take off to allow the top to come off? It took me awhile to come up with that. At first I thought maybe "milk ring" was Maine terminology for a breakfast danish or something.

stj: Isn't it amazing? Our friend Kara made it, as opposed to my cousin Kara, whose comment is below yours.

Kara: Yes, two and two, as Chuck Woolery would say. I don't know if you make quilts, but if you do, you've got some tough competition in the Quilts by People Named Kara tournament.

I don't have quilt making skills... yet. I would LOVE to learn. Then maybe your friend and I can start a "Quilt Making by Kara's" business.