Some pics I took at Fenway Park tonight:
(update: the full lot of pics is HERE) 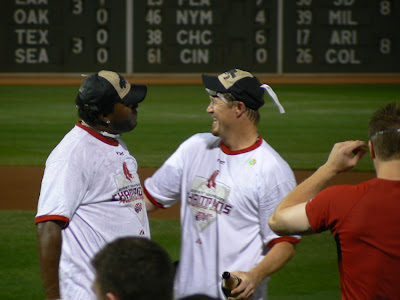 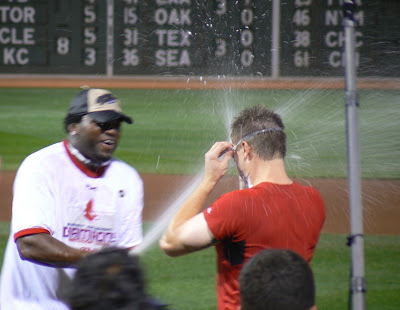 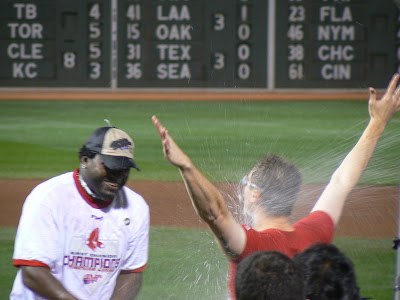 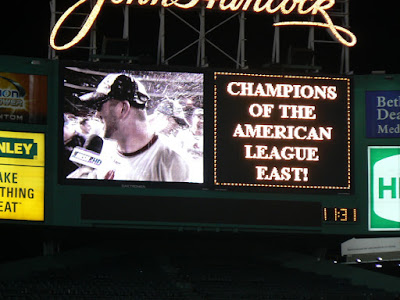 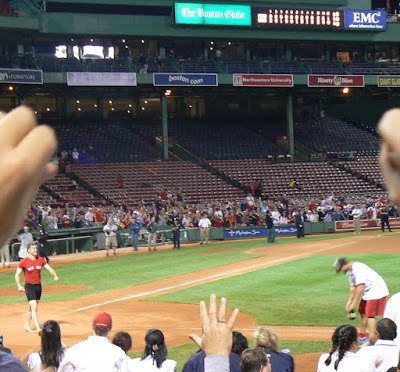 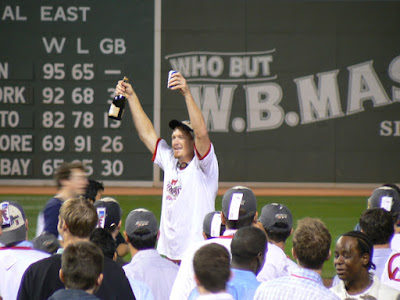 All photos by me! (A thousand more to come.) If you're in the national media and you use any of these for your apology article for proclaiming the Red Sox would not win the division, please give proper credit. Thanks, ass holes! 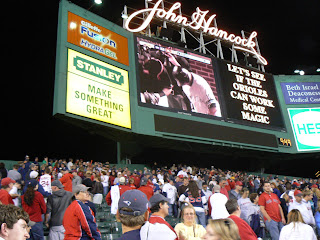 That's the moon just above the scoreboard at right. They worked some magic, indeed! Can't believe so many people left!

Two days ago, I wrote:

"Tomorrow, I'll go to Fenway with a chance of seeing a live clinch for the first time in my life. I wonder if we get a win, and the Yanks are still playing, and losing, they'll put their game on the scoreboard and let us stay and watch."

Tonight, we lived the dream!

I shot the video, then hustled to the dugout area as the players came out. My friends Joanna, Matt, and Kelly were there, too. Did I recently call some other day the best one ever? Ha!

When I got home, I got this sweet e-mail from the Yankees:

Jere, I'm so happy you were able to be there! Thanks for any and all pics and the report.

Jere, YOU WERE THERE!!! Thank goodness, and I know you stayed and watched the big screen and waited for the team, or most of 'em, come out. I'm so happy! Blog friend, and just friend, Peter.

Including you, I had four friends who not only were at the game, but were smart enough to stick around last night!

Truly, you are one of a handful of people I think TRULY deserve to have been there! Yay!

I got the news en route from The City Dump(Shea Stadium);

I danced long into the night.

You're so lucky to have been there. It must have been absolutely amazing. Hooray for you!

i know it's been said, many times, many ways, but...YOU WERE THERE!! congrats! it must have been an incredible time. thanks for the pics and vid.

Great photos, Jere. It must have been just so exciting to be at Fenway and to watch that celebration! Wish all of JOS could have been there as well. Thanks for sharing.

Great pictures! I finally got all my good ones edited and up. I love that we both have the Papi spraying Paps picture from different angles. ^_^

And it was great to put a face and a voice to the blogger! ^_~

I was there. I left. I KNOW! You don't know how dumb I feel. The game ended so I went home. How could I have known? How could anyone have?

You shutter-bug! Good move on the "sticking around" part. I never thought the Oreos could catch up like that and win, but hey...they were playing the Yankees and they just love to cough up a lead!

Hopefully that mojo the Yankees have (even though it's bad mojo) carries over to the playoffs against Chief Wa-Hoo and the Pow-Wows!

Cleveland sweep!...and there's no way around that for the Yanks!

Thanks for all your comments! I'm getting all the pics up now!