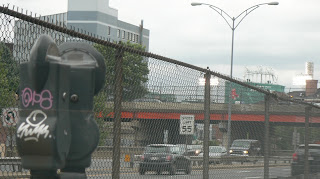 It was my usual cold, gray, drizzly Fenway day...only it was mid-June. TJ, Mother Nature! I didn't do the batting practice thing, partly due to her antics. Was fitting to have this London-esque weather for the Fogg vs. Schilling match-up. 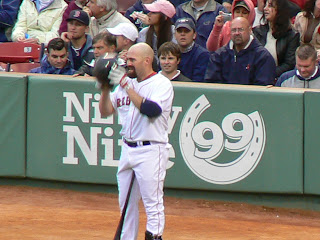 So suddenly the game has begun. I decide to grab a spot in the new standing room behind third base. Poles were aplenty, but I worked around them. Here's Youk on deck. 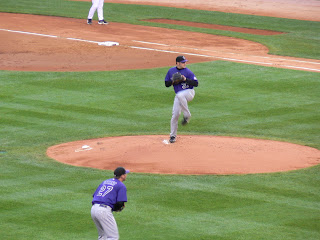 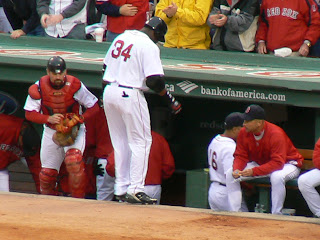 Here's Big Papi headed for the dugout. Am I the only one who pre-emptively refers to Logan airport as David Ortiz airport? I mean, eventually, right? Who's Logan, anyway? I think soon we'll all be talking about "flying in to Big Papi." 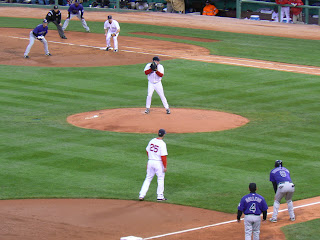 Here's Schill with men on, as was usually the case tonight. Yes, I blame Lugo entirely for a 12-2 loss. Did Schilling piss him off or something? This is two games in a row he's effed up for Curt. 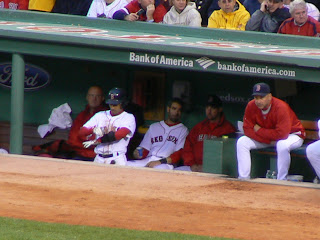 Here's Lowell after hitting his homer. At this point, we still had a chance. 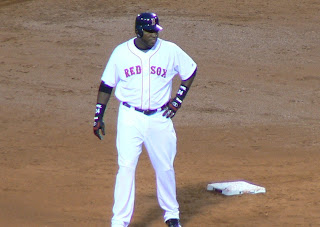 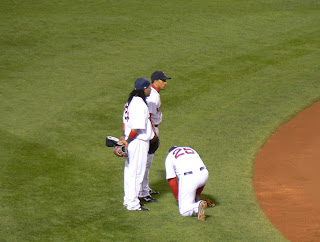 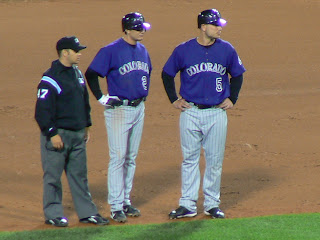 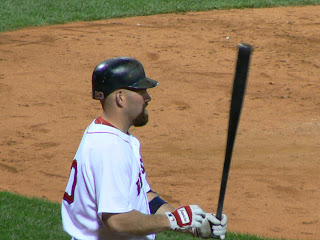 After six, we were way down, and people stopped feeling the need to sit out in the cold. So I headed for better seats. I could see some between home and first, so I went there. Here's Youk on deck again, only now from a richer person's perspective. 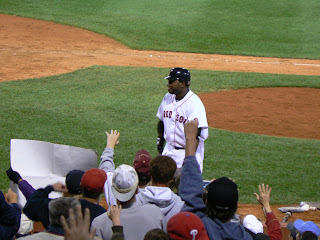 Papi picked up a ball, causing lots of of humans to beg him for it. 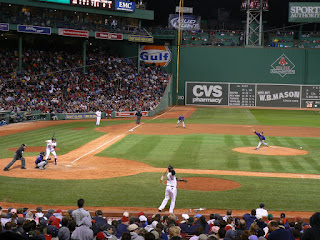 Youk up. I love this view. 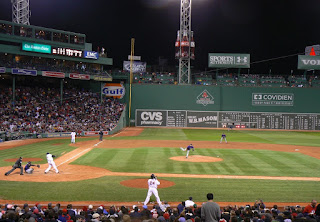 Papi up. Also, I still love this view. 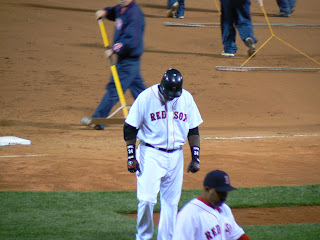 Papi looking sad, as if the infield of his soul had just been raked. 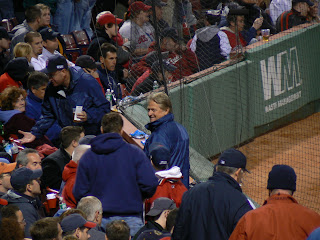 Drinkwater. I think Kapstein may have actually left by this point. 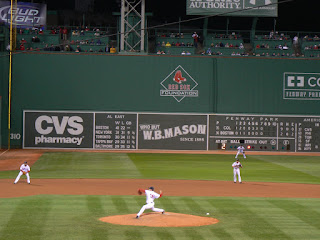 Pineiro on the hill. 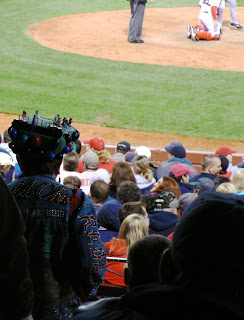 A lady with a crazy outfit, including Fenway Park on her head. I wish I'd gotten a better shot of her, but this is it. I brightened it for you non-Mac people. 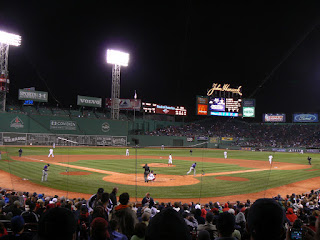 After eight, a whole lot of people were probably already home in bed. So I went behind the plate and sat there, in mid-June, mind you, with my hood up. 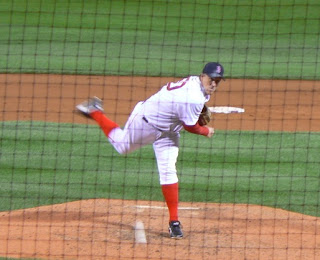 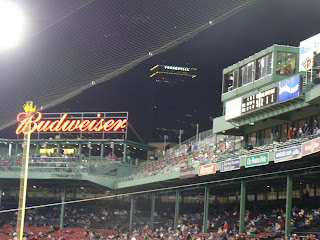 Even the Pru had pretty much said nighty-night. 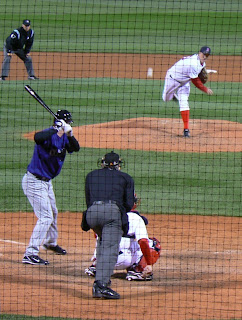 More Timlin action, as the rain started to fall, and I shivered like a...like a really skinny dude. 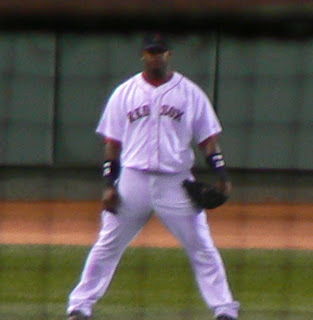 Comments:
Great pics, Jere...but you have to admit, Curt effed his own self up pretty well last night-nine hits and five earned runs in five innings pitched. Yuck. Not the way to convince the brass you're worth a two-year extention.
But you're also right that maybe Julio just needs to go grab some bench for a couple of games and get his head together.