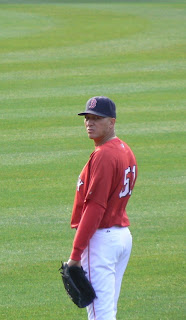 This was the second game of my 10-game plan. I've had these seats out in the bleachers since they started selling the plan in 2004. It's interesting to watch how the people around you change. Or stay the same in the case of the ten wacky, twenty-/thirtysomething dudes who occupy seats a few rows in front of me. The dude directly in front of me must not have re-upped this season, as we now get randoms in that spot. But two different couples who have been coming since '04 showed up this season with babies. Above, Tavarez stands there. See him eating chicken on the field in the post below this one. 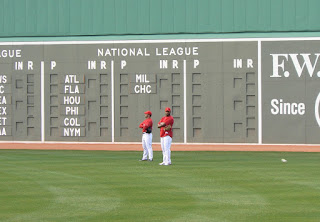 Wily Mo watches a BP ball go by. So, anyway, I go to plenty of non-10-game plan games as well, but these guarantee me two Yankee games, an interleague game, and a chance at playoff tickets every year. At this game, I was there with my girlfriend, who got to see her boy Vernon Wells. The centerfield bleacher people always interact with Wells thoughout the game. 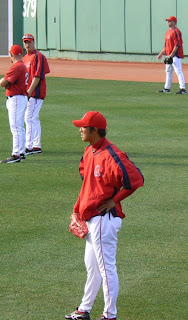 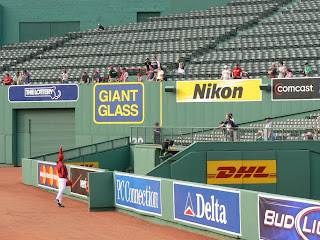 'jima tosses a ball to a fan. The ball is in front of the Giant Glass sign. The fan is above the D in the DHL sign. 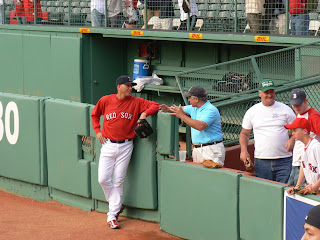 Tavarez talks to another friend. 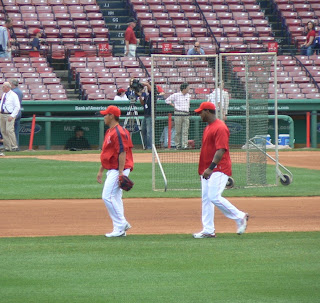 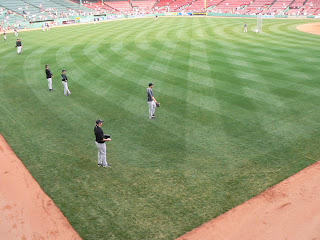 I thought the warning track looked different in the left field corner. Like it used to be a gradual curve, not a 90-degree angle. I went over there and checked it out. I think this proves I'm right. 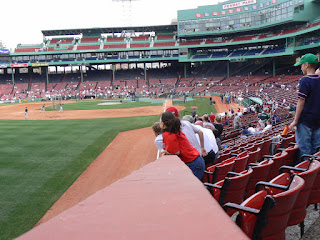 Looking down the left field side wall. 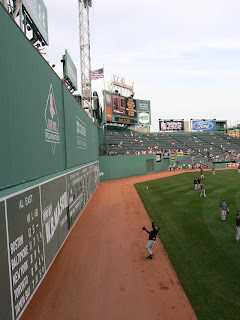 A Blue Jay tosses a ball up to a fan in the Monster seats. 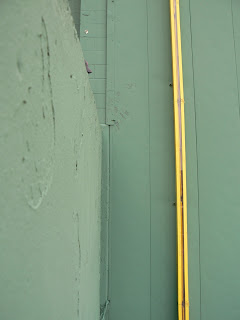 The portion of the Fisk Pole that's on the Monster. 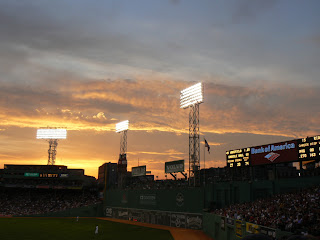 Another sunset at Fenway. Crappy game, though. The "letdown" game after the sweep of the Yanks.