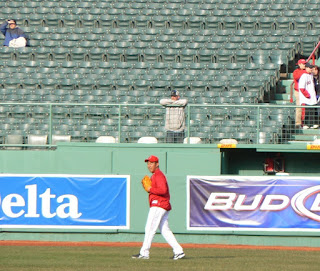 These are pics from Friday at Fenway. Click to enlarge all. 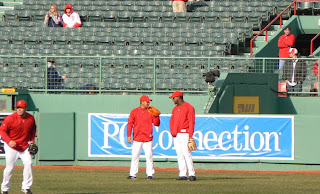 I started by getting some Dice shots. Here he is with Wily Mo. 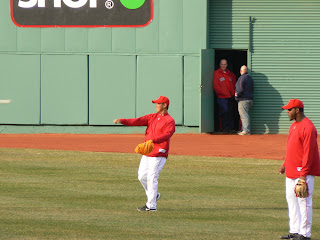 At one point, 'zaka went after a fly ball, but had to duck out of the way due to the sun being in his eyes. He then turned and looked up at fans 18 feet above him in the center field bleachers, and laughingly imitated himself having to shy away from the ball. 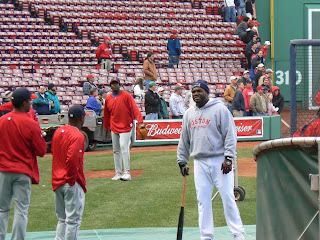 Papi with Vlad in the background. 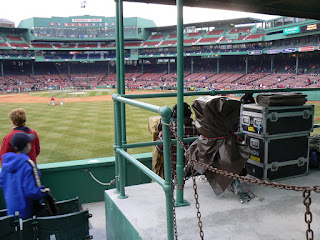 My seat was right next to the center field cameras, in the third row of the bleachers. I was psyched to get this location, and was able to score another seat nearby. Cyn, aka Red Sox Chick, went with me, and since no one sat in the seats next to me, we got to sit together after a few innings. 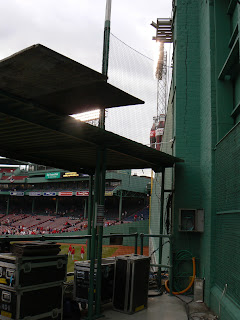 Another view from the center field camera area. 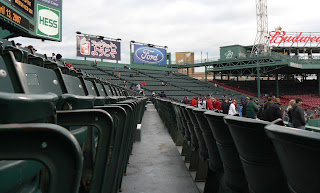 In the bleachers, looking toward right. 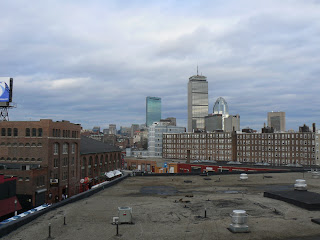 The city from the back of the bleachers. 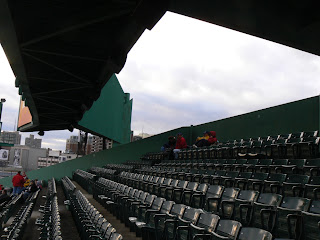 Under the center field message board. 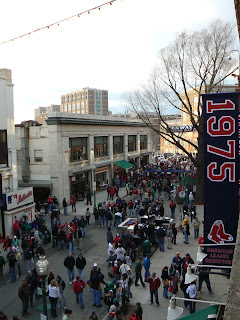 Then I started walking all around the park. I took this same shot the day before in the rain. Here's what it looks like in the non-rain. 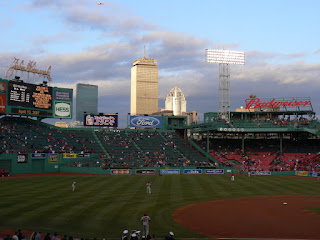 It was dry, but freezing cold. Until this point, when the clouds rolled away, leaving the sun to hit the Pru. From then on, it was actually not all that uncomfortable. 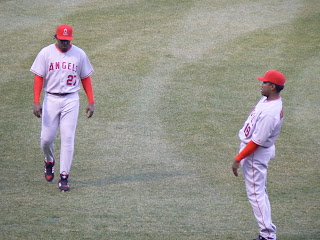 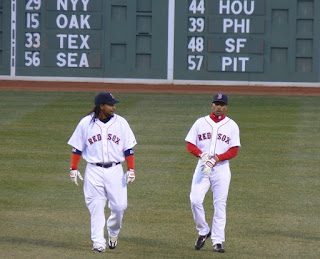 Manny and Lugo, just before the game. 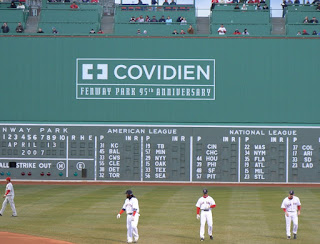 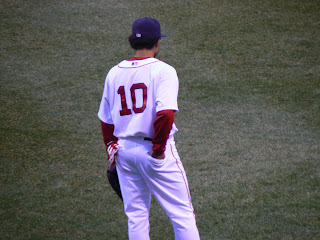 This was my view of Coco from my seat. I really liked the perspective from there. 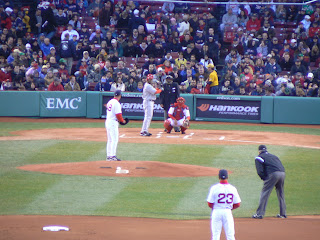 It's like watching at home on TV...except you can look left or right as needed. 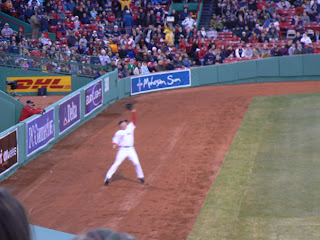 The new #7 makes a catch in right field. 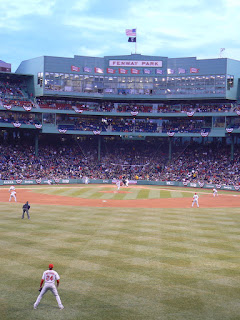 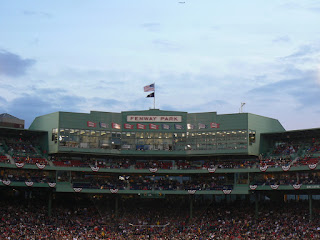 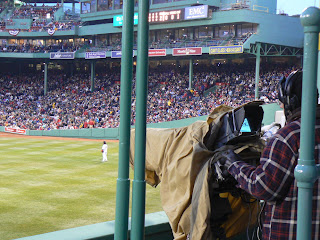 The center field camera, and Manny. 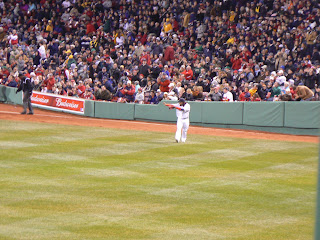 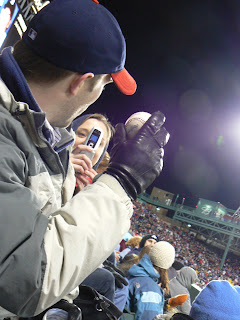 I almost got a ball. Manny made an inning-ending catch over toward center. He flipped it up to the crowd, and the guy in the seat in front of me ended up with it. (Note: I was, naturally, prepared for this possibility, unlike all the surprised people around me, but, still, I never had a chance--the front row doofuses knocked into each other, allowing the second row guy to get it.) So the people to our left borrowed the ball to take a pic to fool their friends at home into thinking they'd gotten the ball. I secretly snapped this, and it came out pretty good. 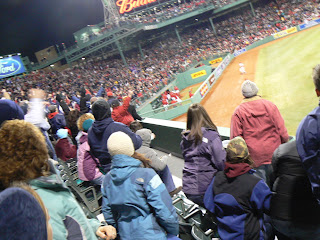 Mirabelli's HR lands in the bullpen. 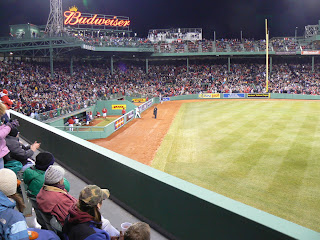 Pap enters the game. That is one confident mofo. We've really got something special. He saved (not "saved") the game in the eighth, when it was still close. 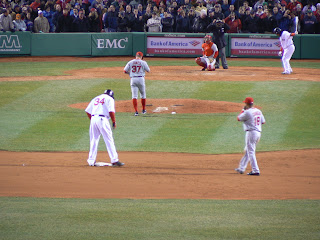 Papi on second after a key double in the eighth. 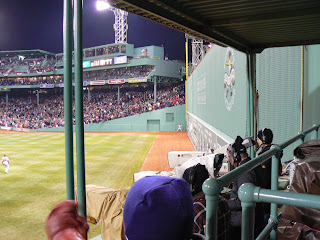 Anderson digs Lowell's double out of the corner. This capped off the scoring in a 10-1 win. 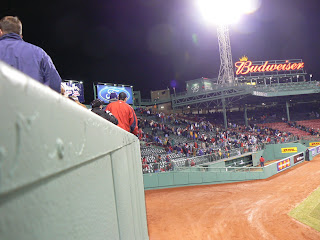 Looking from center toward the triangle, after the game.