"The Sack" pitched three perfect innings today, and Okajima, Lopez, and Corey each allowed zero runs. Nice. A Manny double has knocked in the only run of the game for us, and we were one out away from a win, but Mike Burns blew it. Tied now 1-1 after nine.

Don't forget to vote for Joy of Sox in this Sports Illustrated poll. He's taken over second from Beady D & the Boyz and seems to be pulling away.

Now for the Matt Damon pics. Again, his new flick was filming right near my work on Friday, so I grabbed some shots. 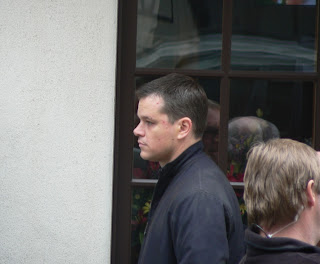 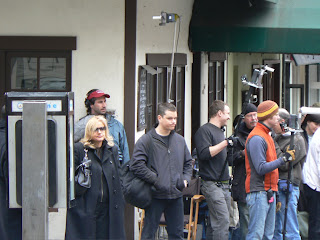 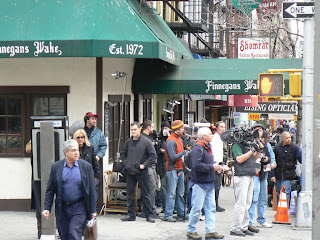 No captions necessary for these. Except "click to enlarge if you wanna see Matt Damon's acne." 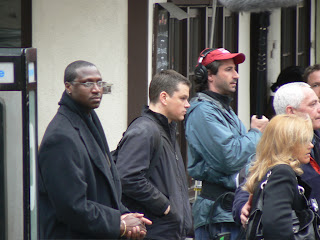 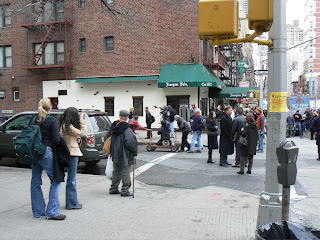 This one above gives a better sense of how far away I was, and also shows them actually filming the scene, with a rolling camera-unit. 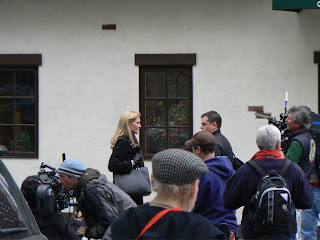 A close-up of Damon and Joan Allen doing the scene. Now for some other pics. This from my drive to pick my parents up at JFK last week: 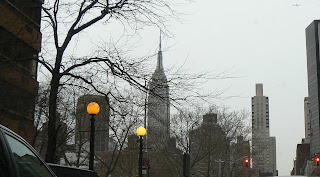 Pretty nice shot of the Empire State Building with trees and those cool streetlights. The sky's kind of washed out, though. 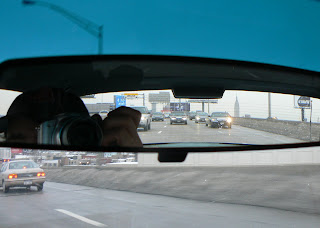 And after going through the Midtown Tunnel, here's the ESB from Queens. 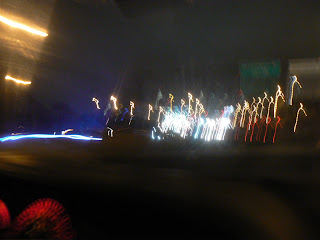 Then when I was bringing them from the airport, I had my mom try to get some shots of midtown right before going back into the tunnel. It's one of the coolest entries into Manhattan, visually. No such luck on the pictures, as, you know, it was dark and we were in a moving vehicle and my mom had never used this camera before. But I thought the above shot had its moments, such as the red and white hooded creatures on some sort of death march.

Now, the grand finale. You know how when the water's running down the drain, sometimes you get that cool underwater tornado? I tried to get a shot of that, but it didn't work out. I did take one looking right down the funnel, though, and it came out pretty sweet: 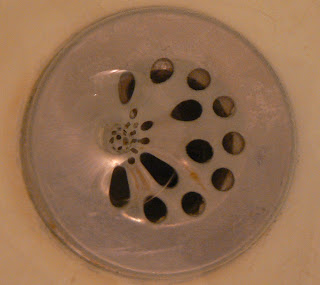 Comments:
Joan Allen is tall, and you can't teach height.

An acne-friendly camera, and a good guy to use it! Rosolution, baby! And Jere, I have hope for this year......enjoy your Sunday.

Damon doesn't look very happy. I really wish I hadn't clicked to enlarge to see his acne. I should have heeded your warning. ( :