Thanks for your interest in chipping in cash to put a "You're not welcome, Johnny" ad in a New York newspaper. Earlier tonight, I was getting really excited about this; I could start a new site, and offer people a chance to get their name on the ad for a donation. I figured I could put our message to Johnny, and then squeeze a few hundred names at the bottom. I even thought of having a multiple-tiered donation system. Then I found out a full page ad costs tens of thousands of dollars. When Chan, who I'd put in charge of finding pricing info, chimed in with "How about giving some money to the homeless," I decided the plan wasn't happening. If I'm going to raise tens of thousands of dollars, it really should go to a legitimately worthy cause. We'll get to tell Johnny what we think of his pinstriped "thank you" plenty this summer. And if I'm lucky, in my own neighborhood, 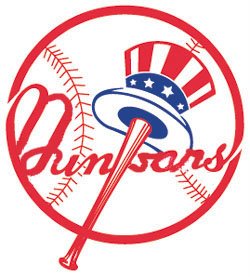 as I hear he might be living close to me. Hey, I did see eight percent of Dunbar's 25-man roster last year--at Coldstone's alone. So, I'm looking at it this way: Damon is making all these extra respect-units, I mean, uh, dirty Steinbrenner dollars, and instead of maybe donating some to charity, the first thing he does, well, I'm sure it's not the first, is to spend fifty grand on an attempt to get us to like him, months after he purposely switched to the team he knows we all hate. "Sorry I did the worst possible thing you can imagine, but, hey, thanks to the generosity of George Steinbrenner, I have enough extra cash to, uh, thank you? PleaselovemesignedyourpalJohnny." Terrible job, Johnny.

So someone else will probably start a site to take out a rebuttal ad. Oh no, they'll get interviewed on CN8 instead of me!

Maybe one of you people who knows about payrolls and dese such teengs can help me. Johnny thinks Dunbar respects him more because they offered more money. But what percentage of what they seriously could have afforded did they pay him? What I'm saying is, the Sox obviously went as far as they could with the money they offered. But Dunbar could have dipped into his pockets even more if he wanted to. So I feel like the Sox offered Johnny 100% of what they could afford, while Dunbar offered maybe 85. So in "respect percentage," we really outdid them. But I'm sure Johnny's agent didn't mention that.

Speaking of stats and stuff: Every once in a while, someone will ask me, "Jere, are you a seamhead or a stathead?" At that point what I'll usually do is reach over their back and pull their shirt up and over their head. Then I'll hoist them up over my shoulder, take a hold of their feet and dangle them upside down, telling them "Don't ever use those ridiculous words in my presence again," and making them agree to it before I set them free.

Please note: In the above rendering of the Dunbar logo, I have used the "s" only because it fits the logo better. Normally, I prefer the singular "Dunbar" or "Mr. Dunbar" to describe our friends from the Bronx.

Also note: I wrote this last night, but couldn't post til this morning due to blogger being down. So this was not influenced by this morning's comments on my previous post. But, anonymous Dunbar fans, I'll be sure to change my thoughts and opinions to suit your needs. I wouldn't want to waste any more of your time writing about topics you don't want to hear about. Let me know if you can come up with a new name for this blog, one that works better for you. Thanks!

Boston, Mass. (TJ)-- The new bride of Mr. Donald Dunbar, the former Redsoxnation family's mother and wife beloved by relatives until she defected to the rival Dunbar family in December, is trying to mend fences with a full-page newspaper advertisement thanking the Redsoxnation clan.

The ad, which ran inside the The Boston Globe on Wednesday, reads, "Many thanks to my great children and ex-husband. It was a privilege and an honor."

The message, displayed in the form of a letter with her signature, is superimposed over a photo of the Redsoxnation's mother in action.

She made the unpopular decision to leave her family who treated her like royalty and move in with, and subsequently marry into, the Dunbar family. Her son and other family members had been repeatedly molested by Mr. Dunbar previous to her leaving.

Just before the ad was placed, the new Mrs. Dunbar was seen cavorting with grandpa Dunbar, known to Dunbars as simply "the boss," saying how she couldn't wait to do things "the Dunbar way"--a way which features strict guidelines that consistently lead to boring family members, and lately, family failure to an extreme degree.

Some accuse Mr. Dunbar of buying his wife's love. A source close to the boss responded to the notion, "The Dunbar family always plays by the rules, but winning [chokes], excuse me, winning is job one."

Does anyone want to chip in for a full page ad in the New York Post (because you know Johnny doesn't read the Times) that says "You're not welcome, Johnny"?

I really hope people don't see this and say, "Okay, well everything's okay now." I really feel like now Dunbar fans and Sox fans alike should unite in their hatred of the current Johnny Damon. This will only make Dunnies hate him more, so we really could reach that goal.

So, please, Red Sox fans, before deciding to cheer Johnny Damon, think of him making the conscious decisions to sit and chill with George Steinbrenner, play for a team he claimed he never could be a part of, and drive a stake through your heart by not only rewarding your loyalty to him by leaving you, AND choosing to play for your team's rival. And also remember that we already gave him all the cheers and love any player could ever wish for. Then, do whatever the hell you want. If I'm the last guy booing him, so be it. Won't be the first time I think differently than everybody else.

Also, did Royals and A's fans get full page ads? Will Dunbar fans get one when he moves on? Another man without a country, like Roger. (Don't get me started on those rumors.)

All that said, I am getting more and more excited about Coco Crisp. I love Coco already. All this negative energy I have from the Johnny thing will be churned up and turned into positive energy for the guy who chose to play for us. I am confident that when he wins a World Series with us, he won't think, "Hey, I wonder if the yankees would like me to play for them?"

Questions I Already Know The Answers To

1. I wonder if, after I shave, I'll end up with a bunch of red marks on my neck.

2. I wonder if, the next time a referee or umpire makes the wrong call on a really close play, the announcers will point out that refs don't have the benefit of slow-motion replay like viewers do.

Those weren't questions at all. You knew what I meant.

Is it just me, or do a lot of dudes look like Dave Wallace?

Update: Shortly after writing this, I walked by a woman who looked like Mr. Wallace.

Other update: There were no safeties in the Super Bowl, and the commercials were as boring as the game. Terrible job, Super Bowl. 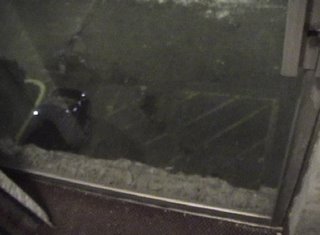 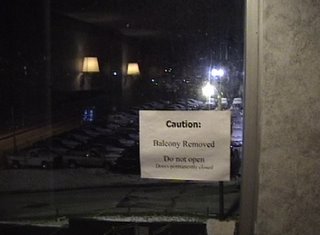 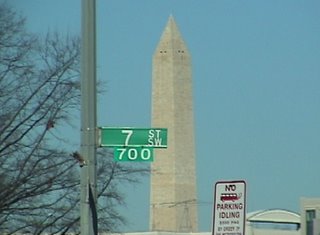 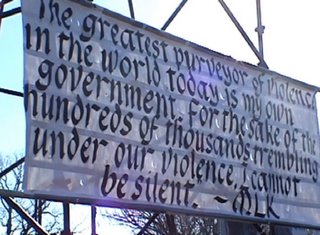 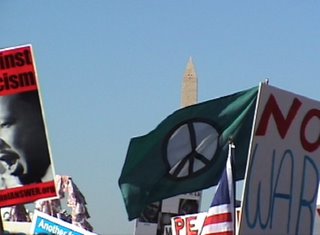 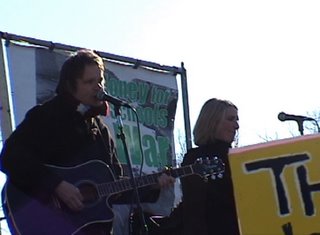 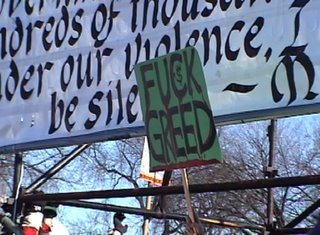 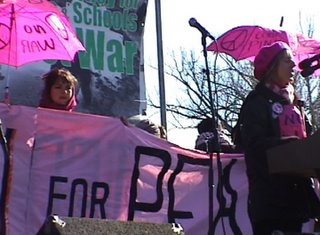 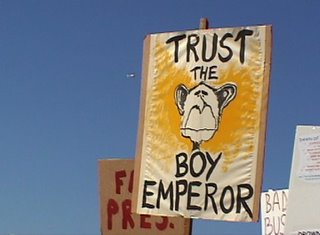 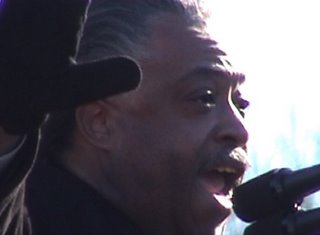 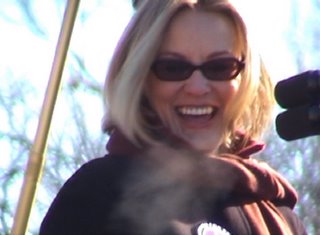 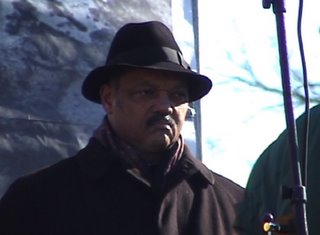 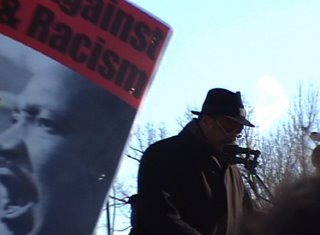 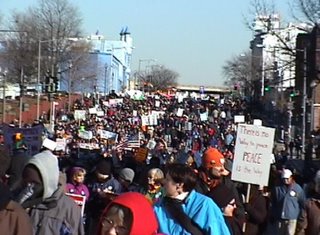 Babe Ruth, baseball player who played on three of the Boston Red Sox six world championship teams. As hard as is to believe today, the New York American League ballclub won some titles--last century--a few of which featured Ruth as well.

There's nothing more humiliating in football than the safety. It's like finishing Double Jeopardy! with a negative dollar amount, making yourself ineligible for Final Jeopardy!

Not only have you failed to reach your opponent's end zone, but you were tackled in your own end zone, over 100 yards away. (110 yards Canadian.) You couldn't even stay within the field of play.

The other team gets two points, and to add insult to injury, you still have to give them the ball.

Capped off by it's ridiculous referee's sign--two hands held together aloft, praying to the football gods for mercy on your futile soul--the safety is bound to make your coach crazy.

Current odds that there will be a safety in Super Bowl XL: 6.25/1. I'm down for a ten spot. I even talked Chan into throwing in ten as well.