Here's the full set from Saturday's game. The big ones are video stills, and start to get distorted when enlarged, so click 'em at your own risk. The smaller ones are from the digital camera, and look sweet when enlarged. 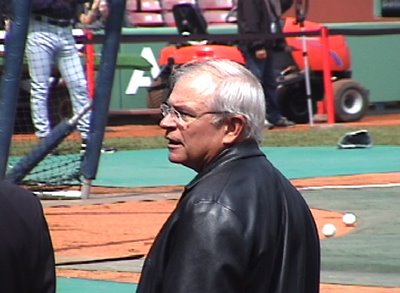 Joe Castiglione on the field. 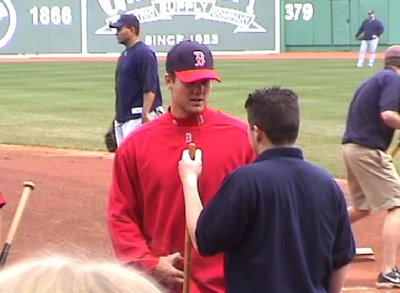 "I'm just taking it one game at a time. I'll do what the team needs...hey, is that even a real microphone?" 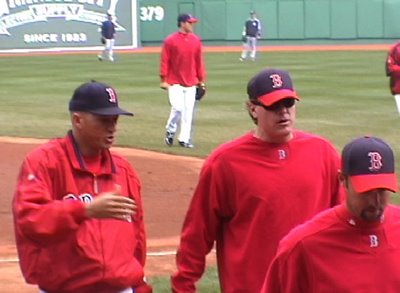 No, Julian, you can't keep a bat by the side of the mound. 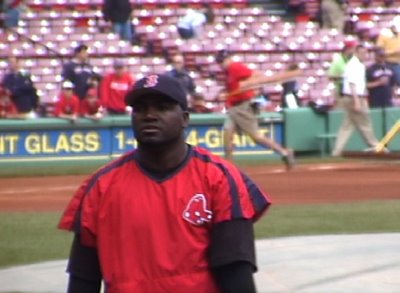 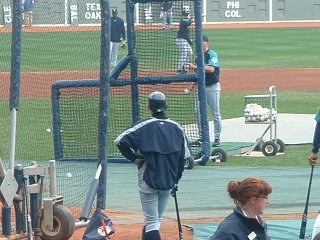 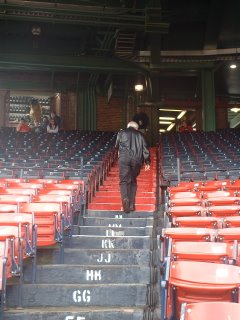 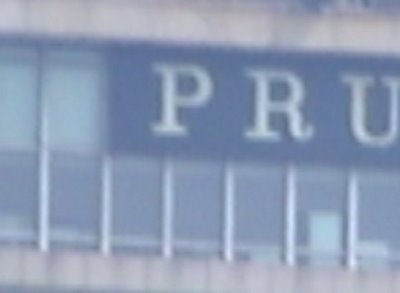 Just showing off the zoom on this one. 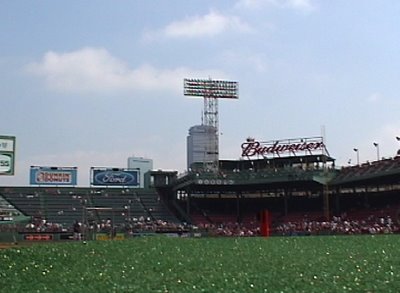 Did you know Fenway has Astroturf now? Can anyone guess what the deal is with this one? 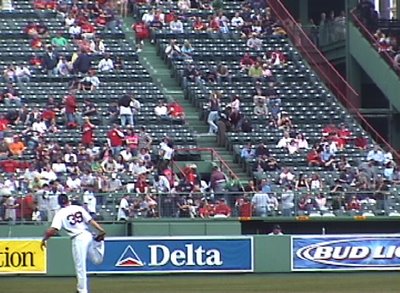 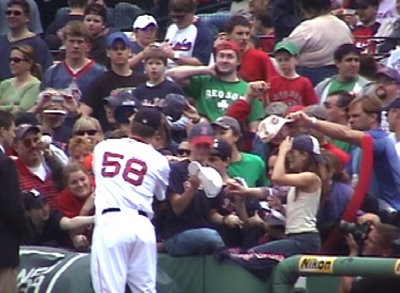 The man of the indefinitely long hour. 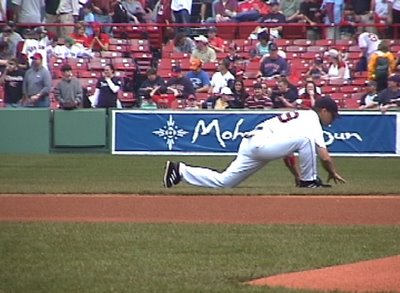 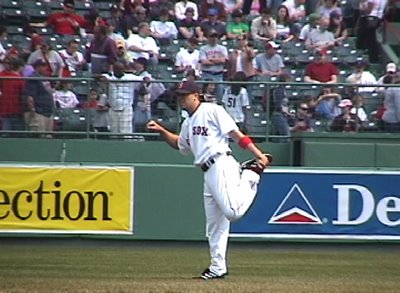 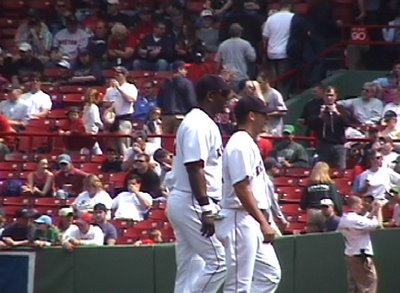 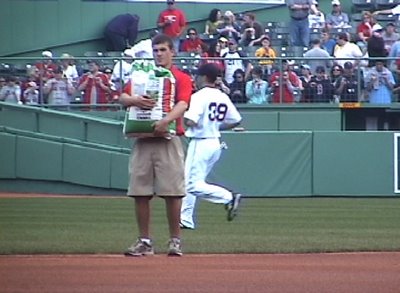 Stern running in the outfield. But also a guy holding a huge bag. 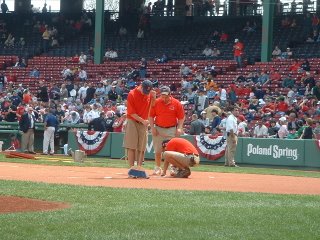 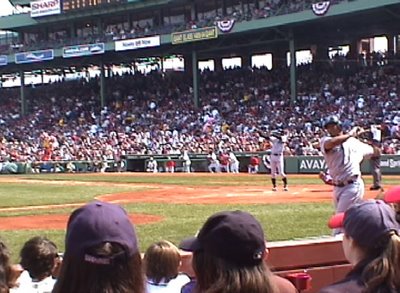 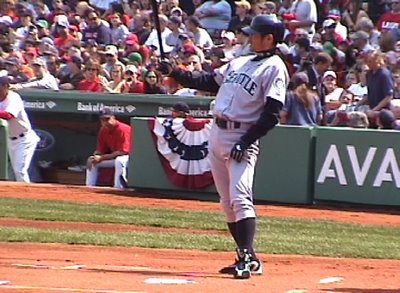 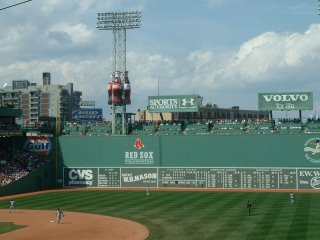 The view from 12Eight. 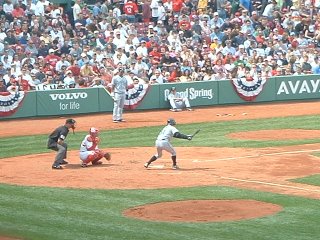 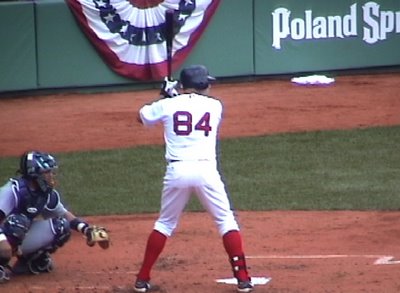 My first time witnessing an 84 playing in a game for the Red Sox. 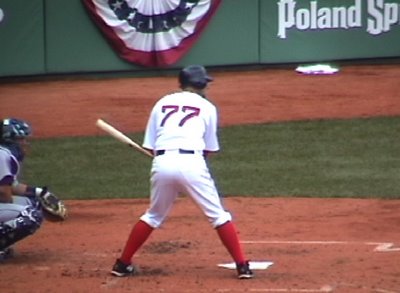 On the same day, my first time witnessing a 77 playing in a game for the Red Sox.

Later, Empy and I had time to kill, so we did some minor player stalking. As it turns out we were standing next to a woman I'd met twice in my life two years ago, who shares the same last name as Jim Rice. She remembered me. It was kind of funny, us both being in that spot, waiting to take candid shots of Sox players. 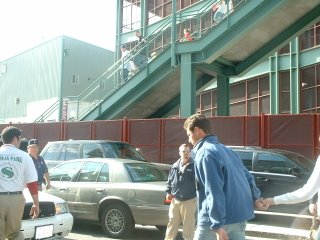 Lenny and mystery woman head to their cab. With a third, also unpictured woman. 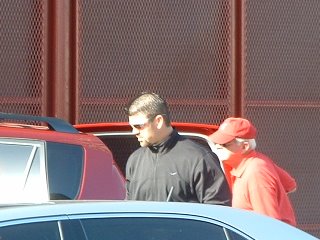 Tek. I got some sweet shots of him with his little baby. But I feel really weird about putting them on the internet. I guess your only hope of seeing them is Reb talking them out of me. 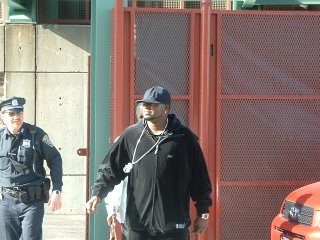 Check out the medallion. 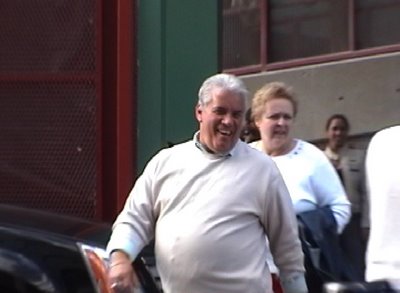 And the Castig shot is sweet.

I remember one time where Trup was in all his glory, broadcasting in a Hawaiian Shirt. It was wild. Was watching Red Sox over FSN-Ohio, from online in Queens.

I don't think the shirt would fit, today.