This was another one of those events where I knew it would be a big deal, but I didn't know it would be "danger of getting separated from Chan in the crowd"-big. The parade went up 6th Avenue from Spring Street to 23rd Street, which is about 30 blocks. We took the only spot we could get, around 16th Street. Here's the crowd lining 6th Avenue: 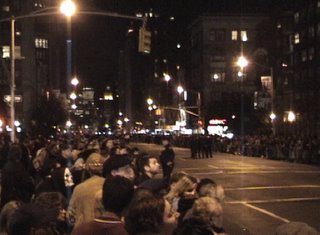 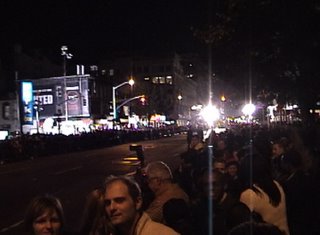 And down again. My point is there were a lot of people: 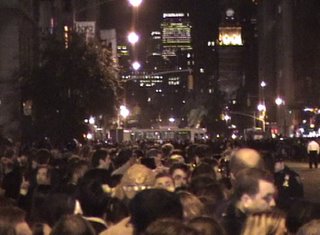 The most recognizable silhouette is that of the feline. I totally made that up, but still, cats are cool. Here's one that was across the street in a window: 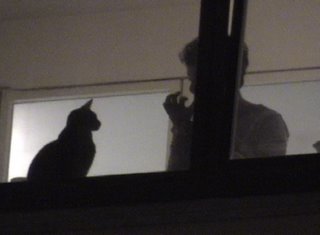 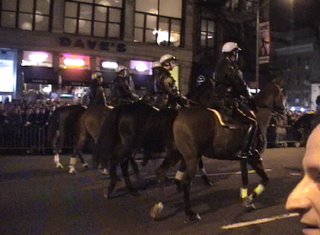 I was telling Chan we should have gotten a place on 6th Avenue downtown just so we could watch the parade from our balcony. Actually, we will get to see marathon runners go by from our window on Sunday, but we'll have to stick our heads WAY out and look WAY down the street: 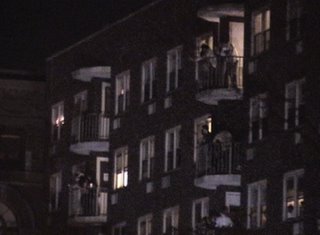 This thing actually was scary: 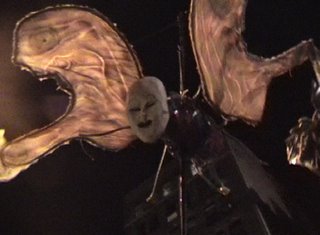 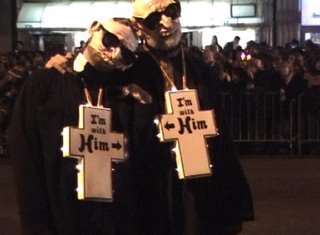 W dukes it out with Lady Liberty: 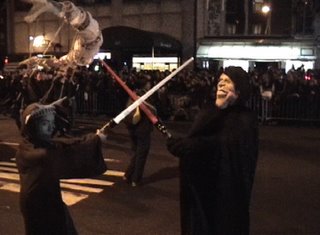 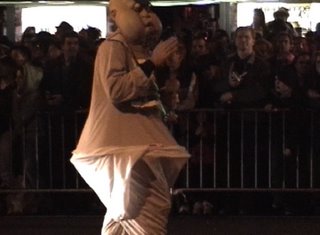 Watch out for the Baseball Furies: 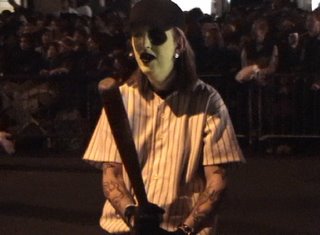 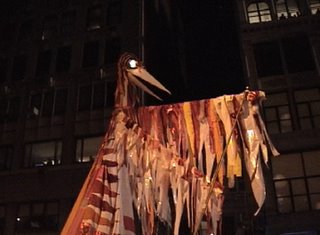 But I don't wanna be a pirate!: 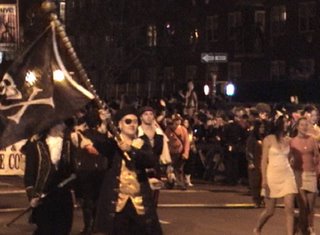 Is this Jhonny Peralta's dog? Either way, he's about to be consumed by a jolly roger (left): 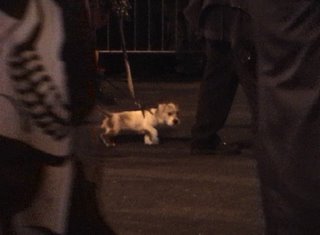 The flag-tossin' corps, or whatever they're called: 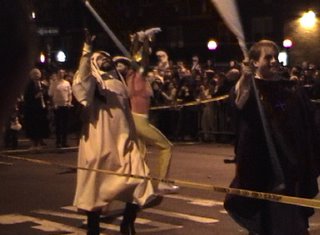 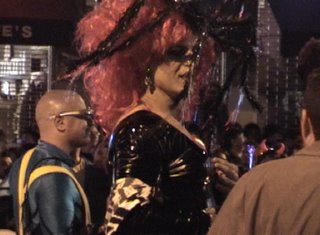 This cross-eyed Eddie Munster was doing some awesome dances: 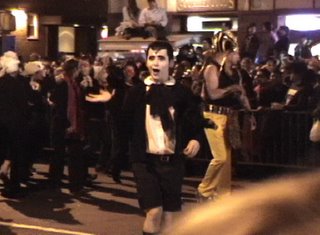 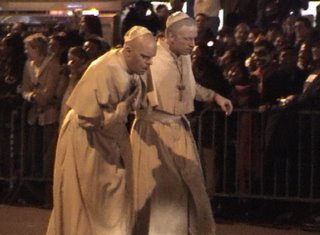 One of two people going with a Metro Card-themed costume: 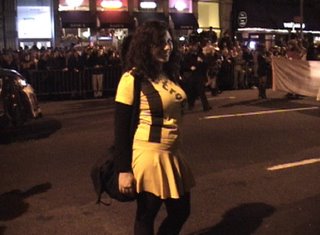 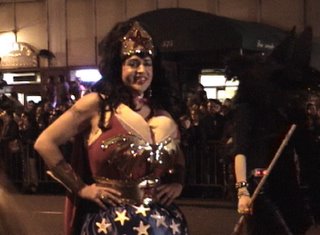 Santa with his pants down: 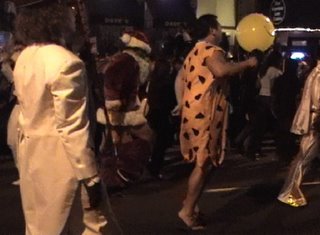 A dice. Or a die, or whatever: 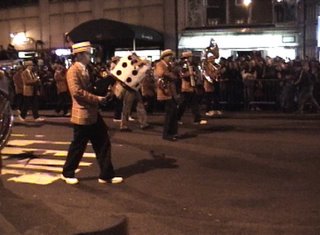 This lady was playing three flamingoes and a rubber chicken: 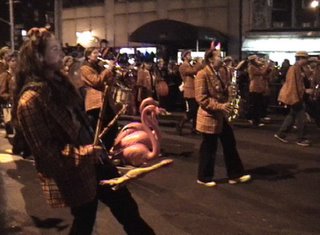 Pac-Man and Blinky aka Speedy: 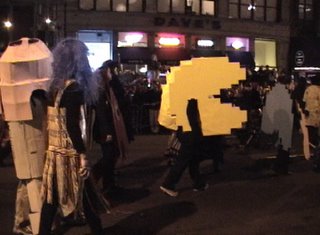 A trio of Angus Youngs: 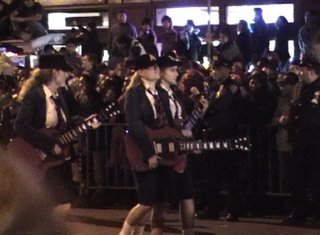 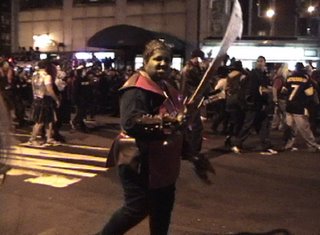 This dog was with Dorothy, but was dressed as a hot dog instead of Toto: 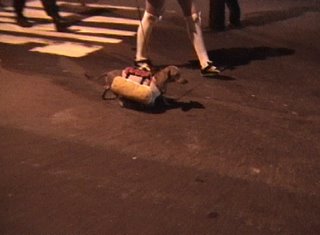 Later, after my video camera had run out of battery, Chan & I were at The Enchilada, and we saw three girls dressed as Team Zissou from The Life Aquatic. So, what I'm saying is, I don't have any footage of my favorite costumes of the night. Terrible job. Also, going to this parade didn't make Theo come back. Terrible job again.