Another beautiful day today. Perfect weather for watching other people run around all day. 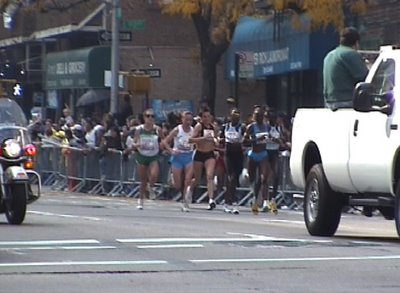 The first look we got at the female leaders. 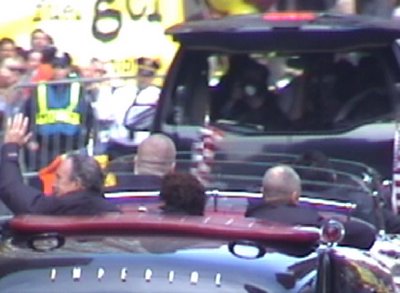 The boob Bloomberg and his crew. 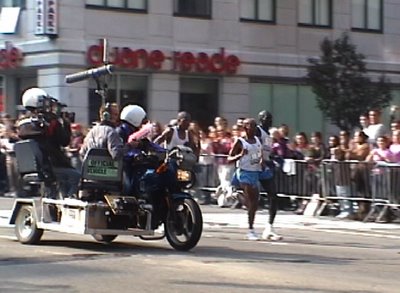 The first look we got at the male leaders. 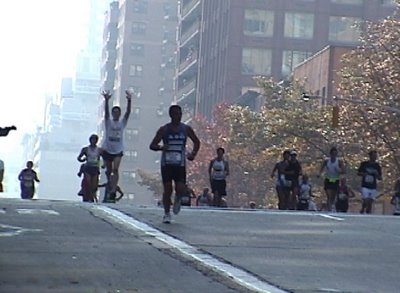 Don't know what this guy was so happy about. I like the way you can see the runners' heads appearing as they come over the hill. 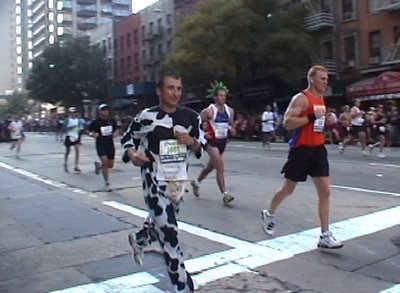 A dude dressed like a cow with one of many Statues of Liberty behind him. 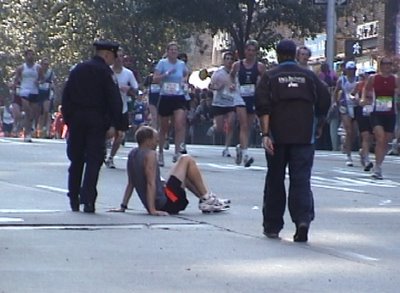 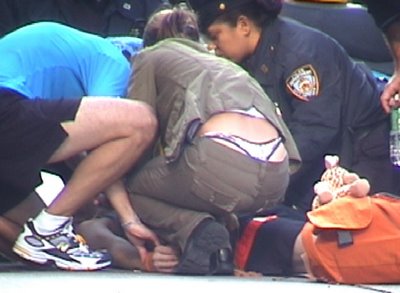 Thong lady is here. "You, monitor his pulse. Just lie still, sir, my thong is in control." 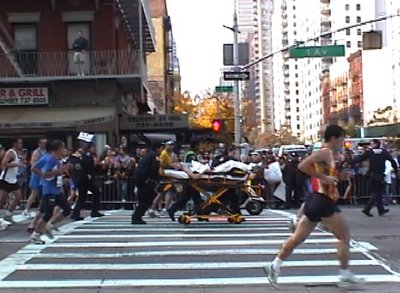 They carted him away. For a second, it looked like they were gonna roll him the final eight miles. This whole ordeal went on while one of many bands along the route butchered Nirvana's "Been A Son." 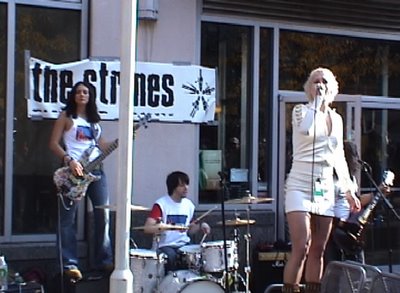 Here was another band, the Strines. The song we heard them playing as we walked by was pretty good. But they seemed a little "New York-y." and "The Placenounheres-y." 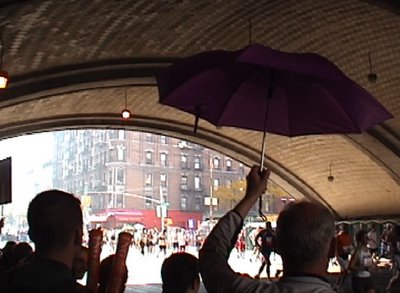 Don't know why this guy need a purple umbrella underneath the 59th Street Bridge. But it made for a good art shot. 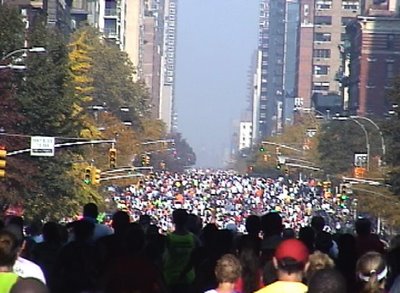 The mass of people heading up 1st Avenue. We worked our way from 90th to 59th on 1st. 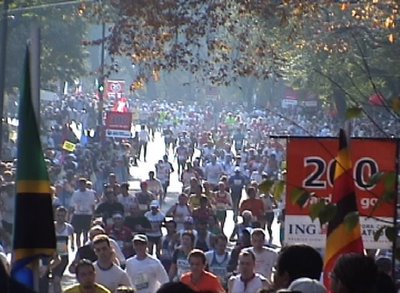 The last 200 yards, as the runners come up through Central Park. 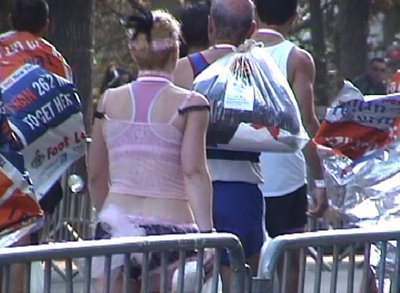 This lady was dressed like a whatever you call those people in honor of New Orleans or whatever. 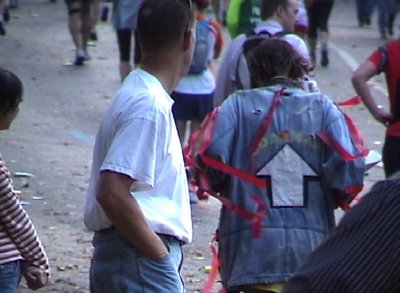 I missed getting a good shot of this guy, but he was carrying a tray with a wine bottle on it. 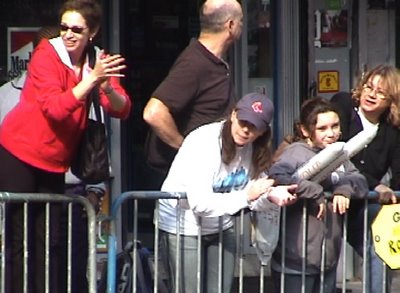 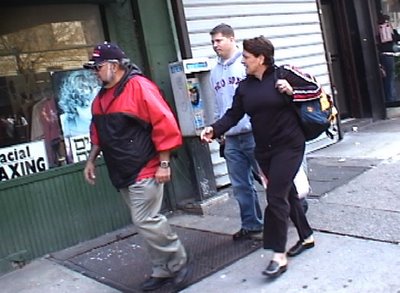 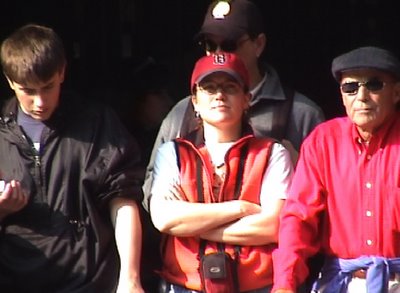 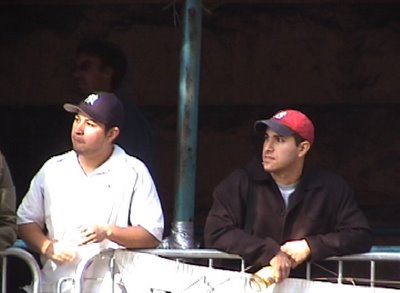 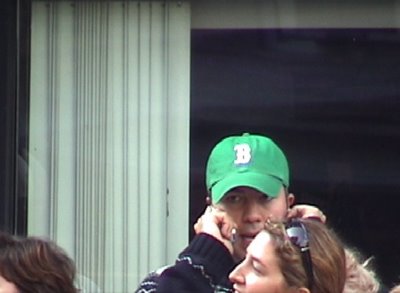 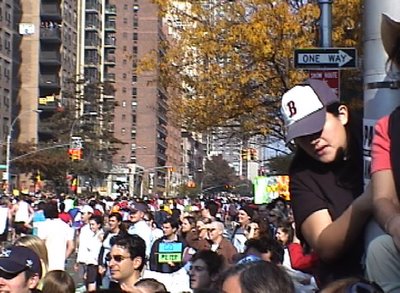 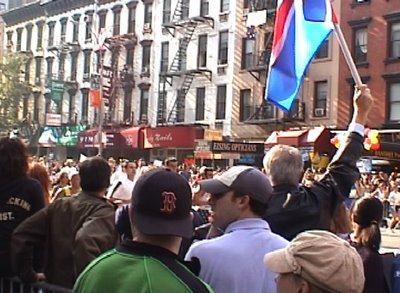 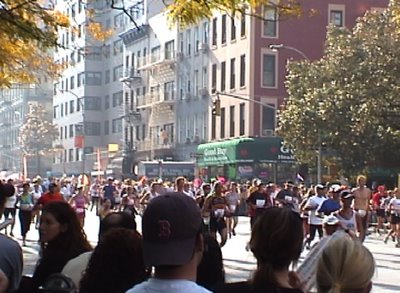 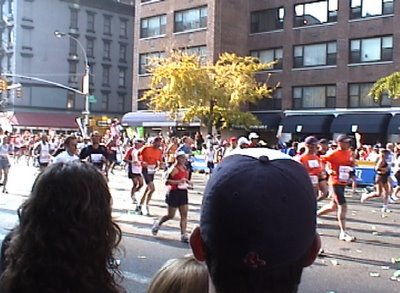 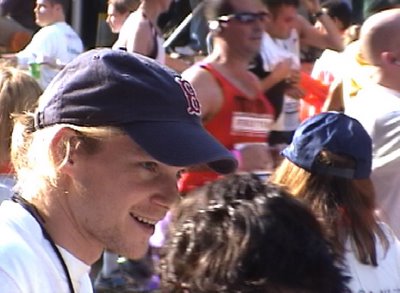 This was one of the water hander outers. 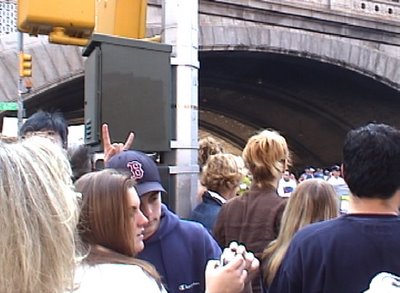 I let Chan have his fun on this guy. But Chan's plan backfired when he gave the devil horns instead of the two-fingered antenna. 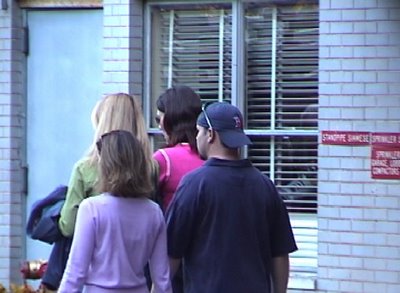 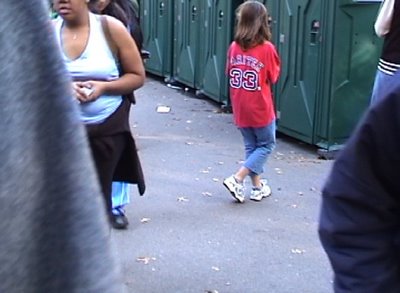 I think Chan and I must've walked a marathon today just going all around the city.

Comments:
That dude with the umbrella looks like a scene out of "JFK." Like some Russian national was going to be firing off rounds from above a nearby Duane Reade at his signal.

OK, that was a bit too creepy.

Think of the Red Sox Caps, worn in NYC, as The Red Sox being NYC's 3rd(or 2nd)MLB Team.

And that wasn't the only JFK moment. I didn't know Bloomberg was coming by. All of a sudden, he flashed in front of me and I quickly turned on my video camera. So I had to slow the film down and pause it just right to show you the crappy still shot that I did, and it was blurry, and with the motorcade and waving and crowd and whatnot, I could probably put one of my blurry shots up and claim it was new video from Dallas.