My Day And Whatnot

Captions may not match up with pics. You'll figure it out, though. 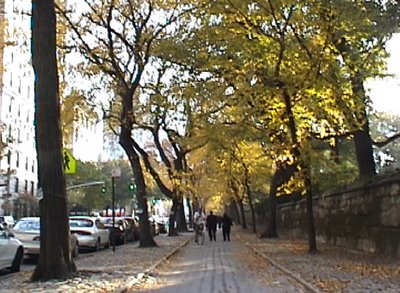 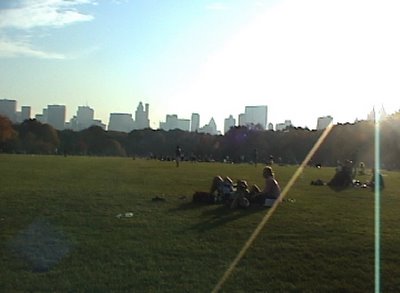 It was 70 degrees again today. I kicked Chan's butt at Wiffle in Central Park for the second consecutive day. 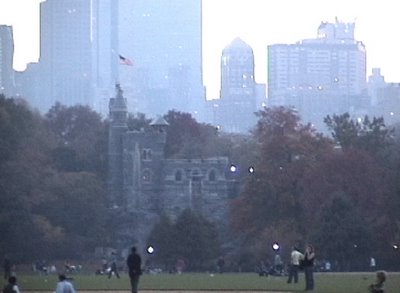 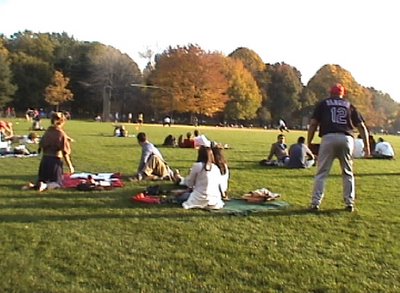 You can see a backstop way in the background. The guy in the Alomar shirt is the right fielder, playing the batter deep, and to pull, much to the dismay of the lounging people far from the infield. The batter ended up hitting a one-hopper to second. 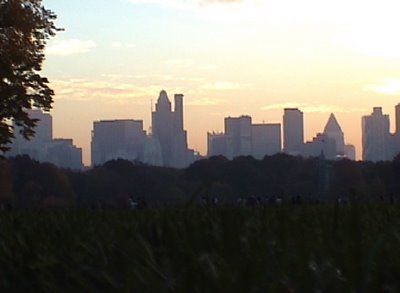 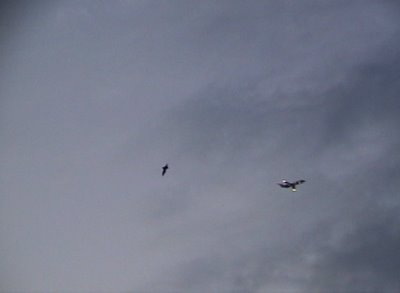 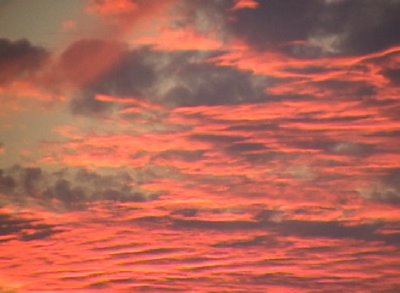 Then the sky turned pink. 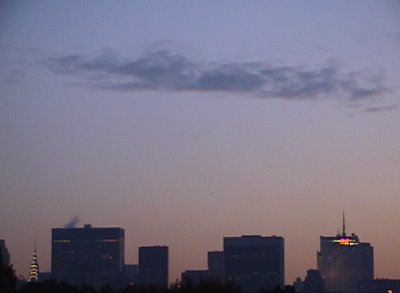 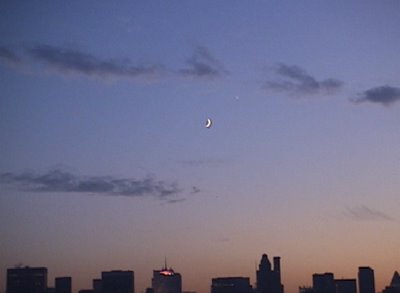 Almost night with Moon and Venus. 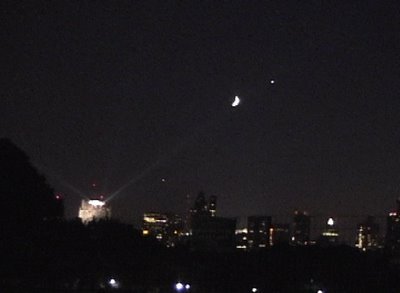 Comments:
It really was an amazingly gorgeous day today in the city. Walked over a block and watched the Marathon for a bit on the UES around noon.

Shame about the one-hopper to second - I would love to have seen the right fielder actually trying to make a play amongst all those people...

The weird thing is, on the play, errors were made by the infielders, and the Alomar guy got so pissed, he threw his glove down violently, just out of the way of the people around him. I think he was just trying to show how "into the game" he was (another lame attempt at this would be his Roberto Alomar Mets jersey), when in reality, he's just a dude whose softball team throws him out in right field.