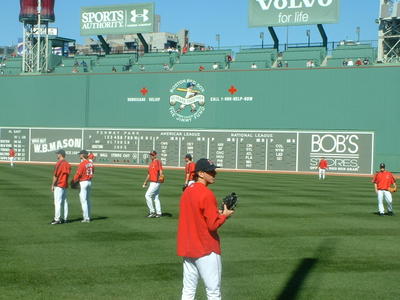 I'm always near Hansen, but he never seems to look directly at me. 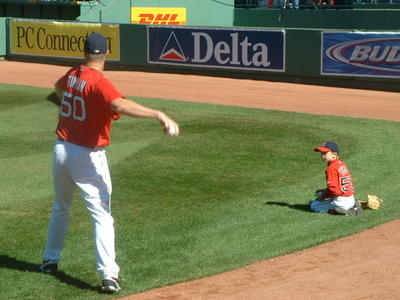 Timlin's kid was out there with him. Hard to tell here, but Mike is using his son's tiny glove, while dad's glove is on the grass next to the boy. 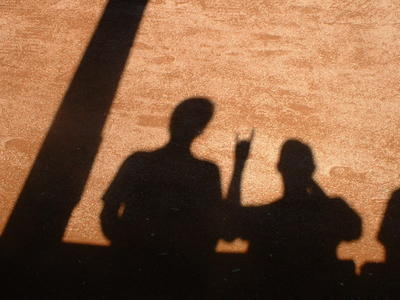 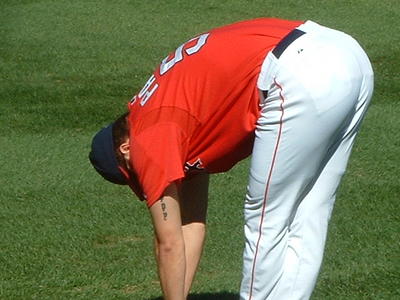 There's been much talk, at least in my head, about Papelbon's tatoo. He was right in front of us before the game, and he stayed in this position long enough for me to get this shot of the tattoo. Of course, you probably saw much more of it if you watched the celebration after Sunday's game. 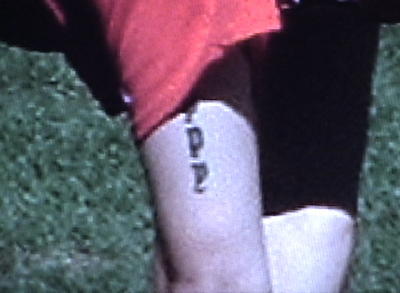 Here's an attempt at a close-up. The "Y" in "Pappy" looks weird to me. What font is that? 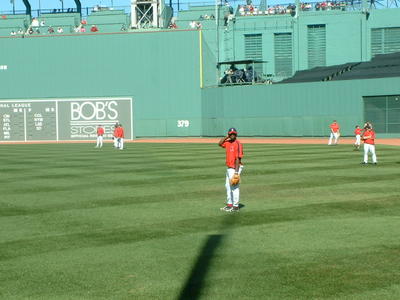 Here's Hanley, left alone by all the rest. 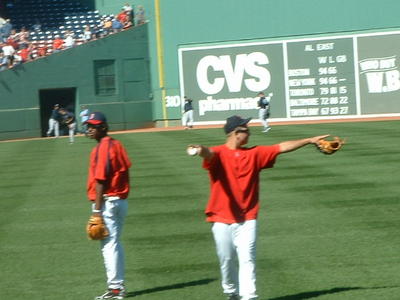 Je-Re-Mi-Ja-Sol-La-Ji-Do started goofing around with Hanley. At one point, he had his ear up to Hanley's ear, and was bopping along to a tune. We figured out that Hanley had those sunglasses with a radio built in. We started talking about how that was probably the first thing Hanley bought after he got a contract. 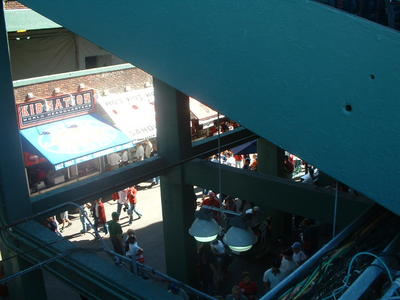 Now we're up in the 10-game plan seats in section 43. Our seats are literally as far to the grandstand-side of the bleachers as you can get. So we've got a view of the "Big Concourse" below. 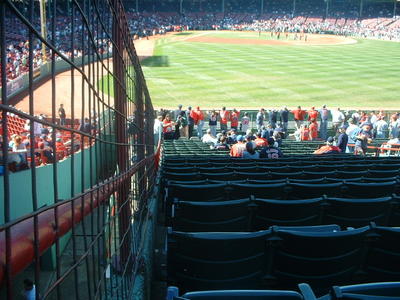 Another shot from the seats. It was a nice day Saturday, as soon as the sun came out from behind the roof deck seats. 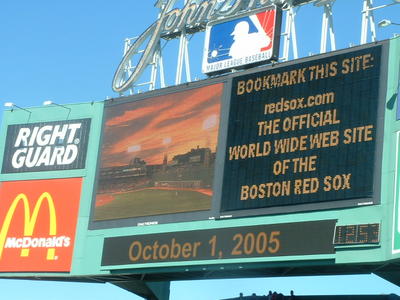 The scoreboard showing the date, Empy-style. 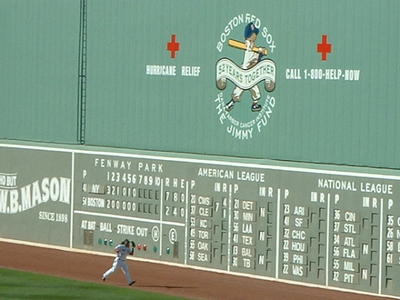 I'm starting to get used to my dad's digital camera. I actually got Manny right when he made this catch. 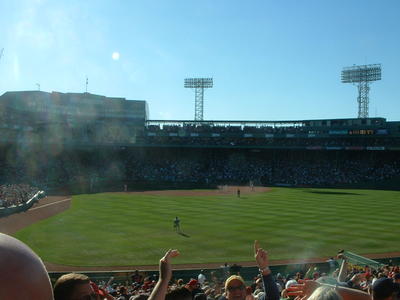 Manny rounding second on his first dong of the day. 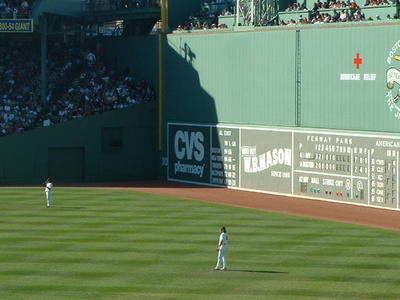 The classic Manny and Johnny shot. 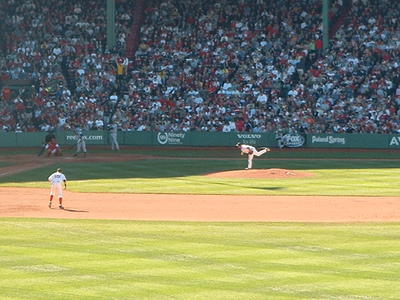 Jeremi on the mound. By the way, does anyone know what's written on the bill of Jeremi's cap? I had someone e-mail me wondering this. 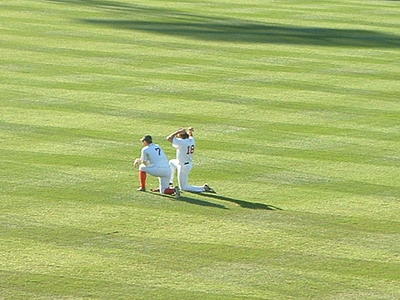 Here's another shot everyone has taken. But you don't often see it with the long shadows, so I took a chance. 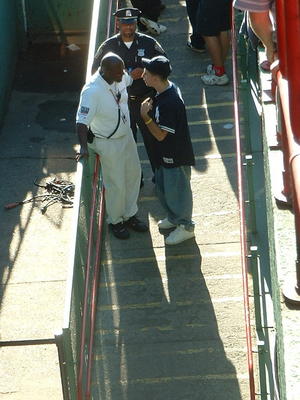 This yankee fan pleads his case before getting ejected from the park. This is another benefit of our seats: Looking down below to see what becomes of people after they're escorted out. After this dude was gone, his friend, a Sox fan, got pissed, and when the cops started carting him off, he decided to start swinging. After being thrown to the pavement, he still resisted, but finally they cuffed his drunken ass. You can kind of see it in this shot. He's got a red shirt and jeans, and you can see one cop with a knee in his back: 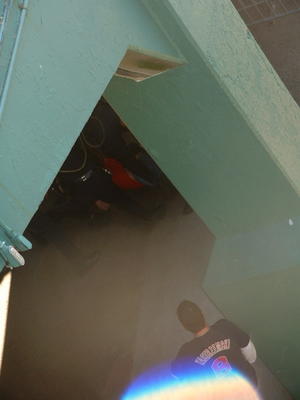 Comments:
The "y' in the tatoo was applied backwords, to provide a hidden meaning. Jere, here's a project for you. Get Jonathon's arm and hold it up to a mirror. Then we'll see. I think it means Go Sox, written in a pre-Dead Sea Scroll letterization dating back 18 centuries. But then, what do I know. P.S. Weather problems big-time for the Sox' return Fri/Sat.