Reb and I went to the Sox' hotel near Times Square right after the game, and within minutes, they started arriving. The first bus consisted of lots of non-players...and Timlin: 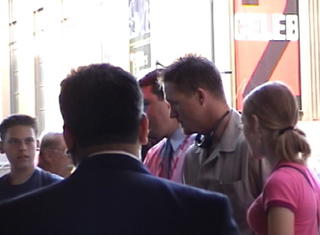 That Timlin's like a ninja. He's been doing this so long, he can get from bus to door before you even notice he's there.

Another bus came, and it featured Johnny, who immediately hailed a different car, followed by Wake: 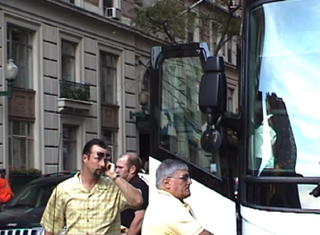 Then Youk (just to the right of Youk's face is Johnny's hair and gray suit, as he escapes): 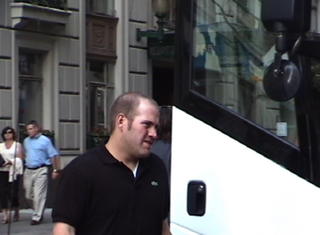 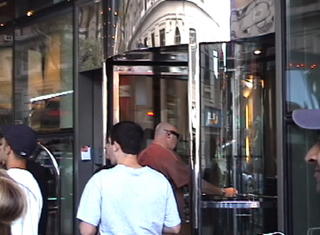 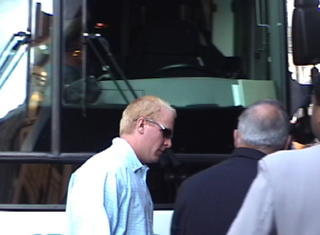 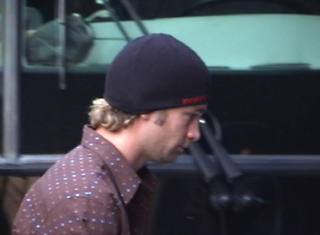 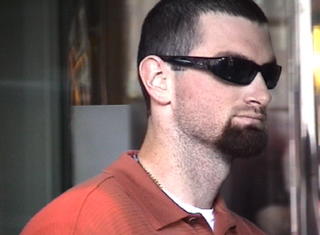 Then, Papi arrived in a separate car: 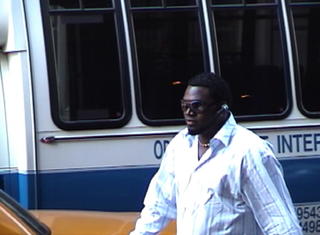 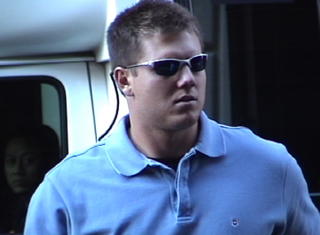 Another bus arrived and it featured managers of the regular and general variety: 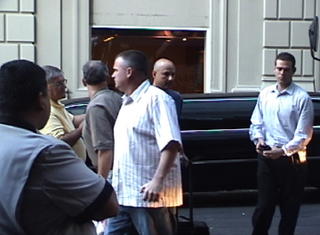 And that's as far as I can go with this for now. It's 3 in the morning.

It gets cooler. I'll finish tomorrow. In the meantime, check out Reb's blog for more. These and all my other shots you'lll see are from my video camera. On her site she'll have pics from her digital camera.

Comments:
Wow, you must have had a blast! Did you go to the game, too?? I am jealous...a pic of Reb would be nice too if you're putting some more Sox pics up. Our Yankee killer is pitching today.

Big typo in the New York Times article this Sunday morning: "Yankees Step In the Bucket In an Ugly Loss to Boston," by that pretentious Tyler Kepner. In the fifth paragraph he writes: The Yankes will entrust Randy Johnson with salvaging their realistic hopes for winning the division." Ex-squeeze me??? REALISTIC hopes??? Ha-ha-ha.

The best, by far, is Matt Clement trying so hard to look badass. He just can't do it, though. And of course the fact that you posted him right above Papi doesn't help his cause any.

Papelbon is an unexpected bonus. He looks pretty nice, and those shades are small enough that you can give him the benefit of the 'trying too hard' doubt.