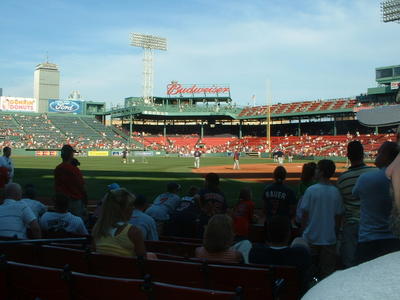 Saturday, (despite rumors in the comments section that I went to the amazing Sunday game, TJ, everyone, I never said Sunday) I was at Fenway Park, in the best seats I've had there in quite a while. It was a gorgeous evening. The first thing I heard that morning was that Alan "Captain Cheese" Embree had signed with the yankees. Had I been near a computer, these are things I would have considered writing: "yanks sign Cheese, clinching division for Sox," or maybe something in the "Benedict Arnold/Eggs Benedict/Egg & Cheese" vein. But I really couldn't come up with anything good. Then again, I didn't think very hard. Regardless, terrible job, Cheese. 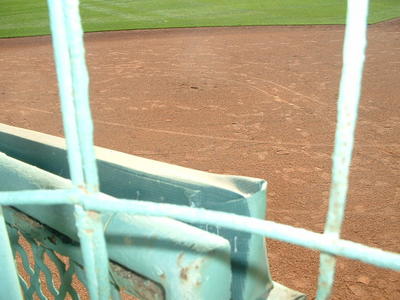 I went out to get a shot of the controversial outfield fence area that came into play on Friday night on Ortiz' double. This is in the triangle. So, if a ball hits that vertical wire-like thing on the left, or on that same fence anywhere to the right of that spot, (toward the center field fence) and bounces onto the field, it's in play. If it hits to the left of that, it would probably bounce into the bullpen for a homer. My question is, what if hits to the left of there, but bounces back, over the front bullpen fence, back onto the field? Home run? Or in play? Where's the spot it has to hit to the left of (from this pic's perspective) that makes it a home run? Because that wiry fence starts over by the center field wall, but then splits off from the lower fence and continues back behind the bullpen, separating it from the stands. You know what I mean? I think there should be a yellow vertical line, and it should be right where that wire in the left of this picture is. 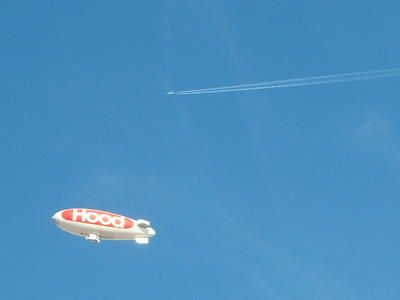 I'm aware that you know what a blimp looks like. But I thought it was cool, with that plane and the blue sky and whatnot. 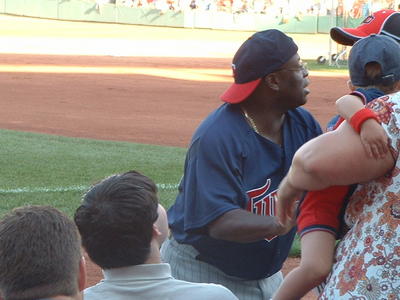 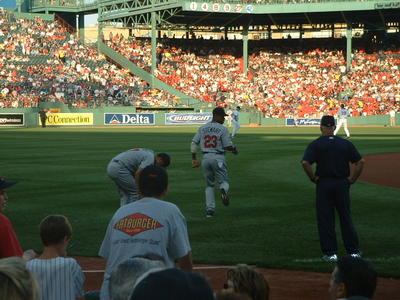 Shannon Stewart and another dude. 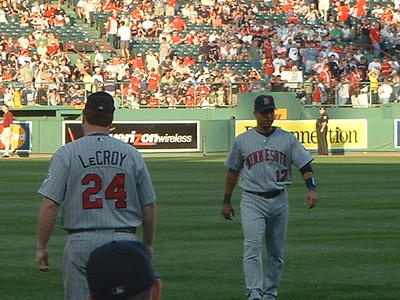 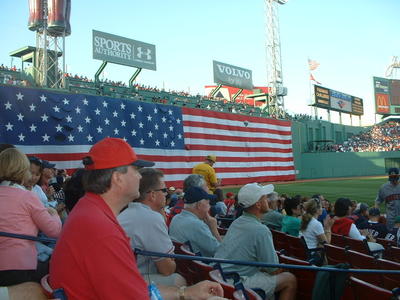 It was one of those "flag on wall" days. This time, it was for the PMC. They had 26 cancer survivors ride their bikes around the warning track. 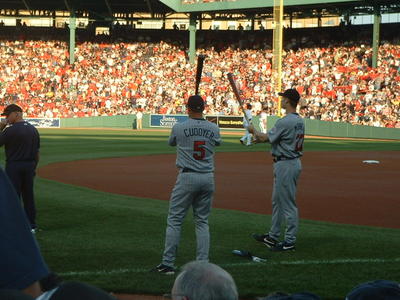 In our section, Cuddyer was known as, well, just say "cuddlier" without the "L," and then figure in a Boston accent. 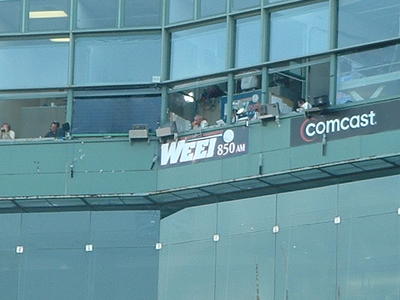 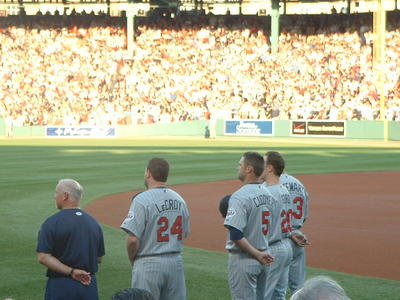 A bunch of Twins. 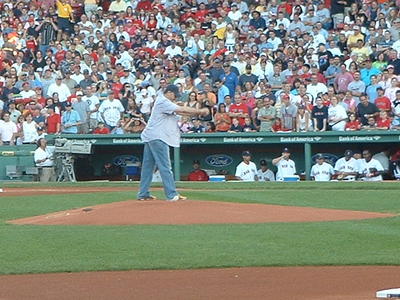 Paul Reiser throws out the first ball and pretends to be a Sox fan. 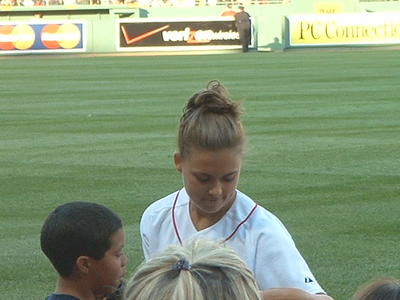 Kelly had people taking their picture with her, like, between every inning. 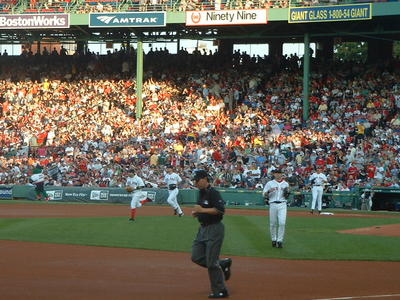 After the lineup was announced, with Manny IN it, the team took the field, and we slowly realized that Manny wasn't with them. DH, maybe? Nope. After calling dad, we found out that he was pulled from the lineup, and no one, not even John Henry knew why. I stayed optimistic, even though we knew he may well have just gotten traded, because Henry surely would've known that. I eventually came up with the theory that Francona suspended Manny for a day, and that the next day, everything would be back to normal. Close. More on this later. 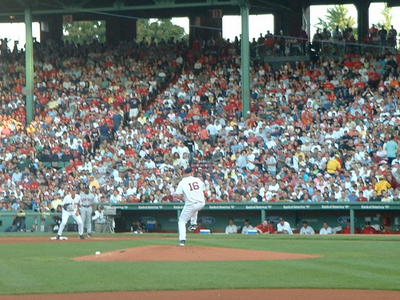 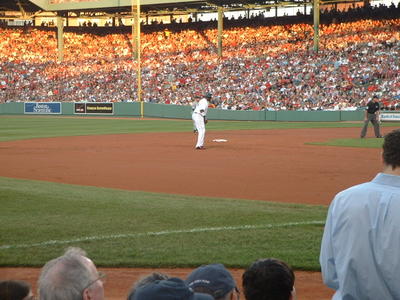 Here's Papi on second base.